Blog Intermission (entr’acte) No.16 - The Cat and the Sun 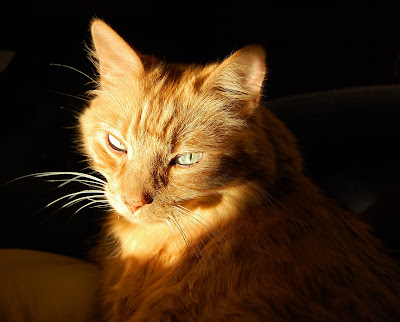 Maurice Carême (1899–1978) was a francophone Belgian poet. His style was natural and simple. He wrote his poems using the language of colors, nature and light. They were in turn cheerful and melancholy. Many of his poems are studied in school as he wrote children poetry. Carême’s work can best be described with the word “light.” From 1933 to his death he lived in a house, shown below, in the town of Anderlecht, now the westernmost municipality of Brussels, Belgium. 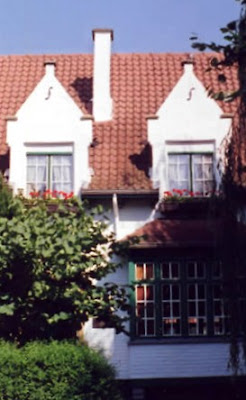 This house, which is called “La Maison Blanche” (the white house) is now a museum dedicated to Maurice Carême. Last June I wrote a post about a “béguine house” located in Anderlecht, see the post here. 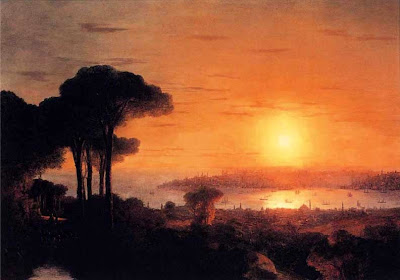 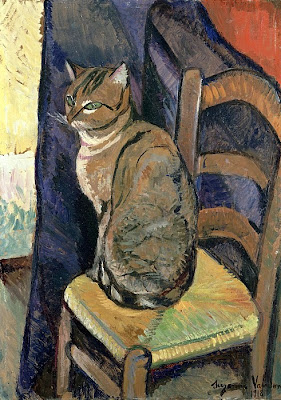 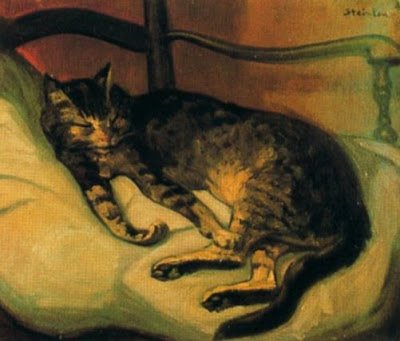 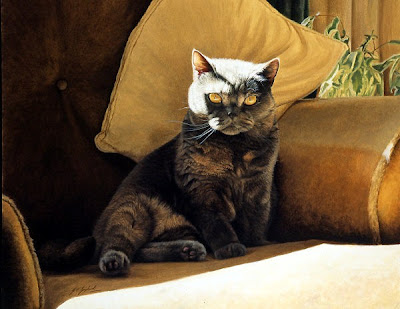 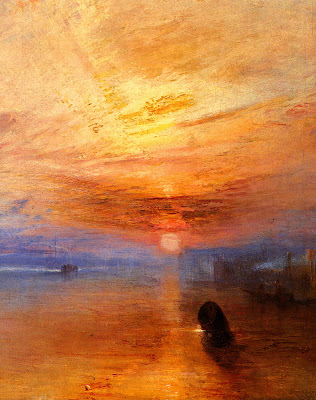 
The Cat and the sun 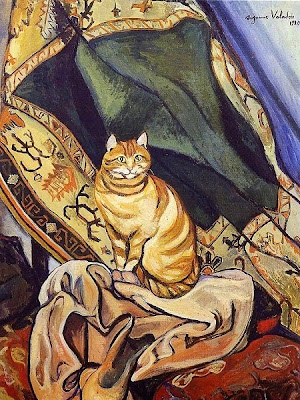 
The cat opened his eyes,

The cat closed his eyes, 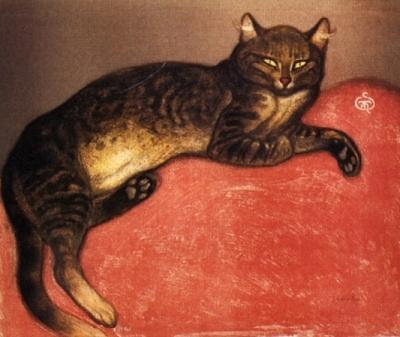 
That's why at night

When the cat wakes up

I see in the dark

Note: Blogger Break - Post pre-programmed. Top picture is our cat Cody, and below is our Korat cat – her name is Mitsou. 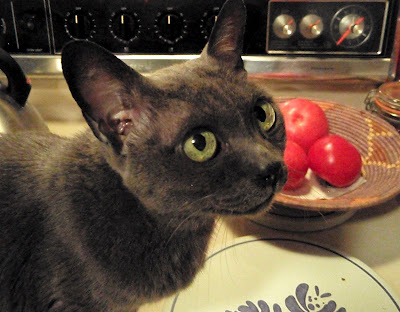 I love cats - yours are gorgeous. I no longer have one sadly, but enjoyed seeing all these beautiful paintings of very handsome cats. Suzanne Valadon's are wonderful!

Happy Autumn - October is my favorite month and I'll be celebrating my birthday on the ocean - and you know where!!

I also love cats and have been owned by many over the years, but none at the moment. I was surprised to learn that you have them, since you are, after all, such a vagabond! :-)

I didn't realize that you had cats---with all of your traveling, it never occurred to me.....Who takes care of them when you are gone??
As you know I love cats...right now, I "serve" Sweetie...but I have had many cats in my life since 1966.....Baby, Sugar, Silky, Teeny and Mooney ALL came before Sweetie and trained me well, for him....

LOVE these paintings and the poems, too, AND the pictures of your two dear ones....I particularly like the poem that says when he opens his eyes, I see the sun---not an exact quote...But BEAUTIFUL, none the less......A very sweet post, my dear.

Maurice Careme, a Belgian poet
Wrote about sunshine, cats and so it
Seems he thus became quite well known
For there's even a musée in his old home.

What a great post, love it. Your photos are fantastic. Keep well Diane

I prefer dogs instead of cats but they are top creature to take pictures of.

such an interesting and informative post. i so enjoyed it..the poetry and the paintings. love your cats!! Vagabonde would have cats..they have such an inquisitive nature..much like that of a traveler!!!...they roam,look for new places,explore the world with all their senses..then,when it is time..return home!!
hugs!

ah! The shot i've been chasing all day is here on your post!

enjoyed this interlude very much. thanks.

gorgeous cats by the way ;o)

The image of your top cat is just gorgeous, Vagabonde! Wow. And now you've whetted my appetite to go back to Brussels...but not before I see you first in Atlanta, soon! :)

Such wonderful colours and images. Have a nice break

Maurice Careme: such a treat for foreign students to learn easy French poetry!

I'm always happy to interrupt any activity to pet a cat. I really enjoyed your post :)

Lovely cat art, yes pets have been humans pleasure for ages and will continue too!

The top photo of your cat is my favorite, such a nice and sunny photo, simply lovely.

Cody looks like he is smiling. He is posing so prettily.

Love these cats, and also enjoyed the tribute to Steve Jobs - but can't leave comments there for some reason. You don't explain what that catalog is, left me quite intrigued.
Caroline

My dear friend, you know that the second I see an orange cat at the top of a post, I am sucked in like a vacuum! And to find such fun photos -- genuine felines and artistic ones -- combined with terrific quotes, well, I am in heaven!

Mitsou looks so beautiful! What a gorgeous big emerald green eyes.
She looks so sweet and so adorable.
I know how terrible it is to lose a beloved pet and I know she will be sorely missed...
Hugs of comfort to you.

PS: Cody is so beautiful and looks sweet too!