Voila! Back in town 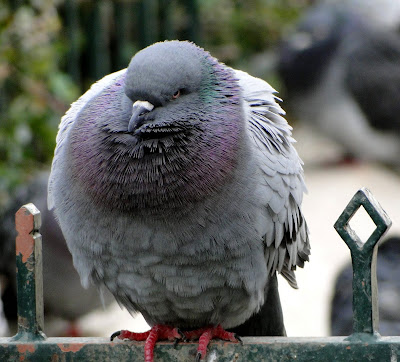 We came back from our trip several days ago but I caught a bad cold which developed on the flight back home. Since then I have been staying in bed with a miserable head cold, sore throat, teary eyes and am today just starting to feel better. My head is not clear enough though to write a decent post so I’ll just refer to my post of October 30, Across the Seas to tell you which cities were on the postcards shown in it. Some of you guessed quite well. 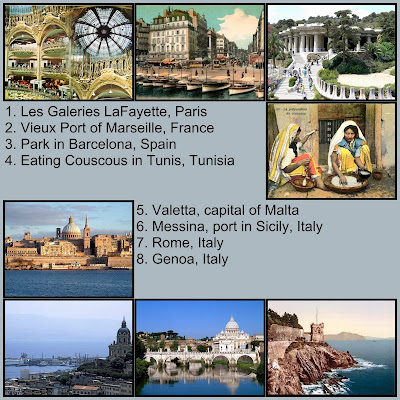 All in all we had very good weather. We flew to Paris and took a train to go 27 kms south to stay with my cousins for a couple of days. We went back to Paris and stayed there two more days. We then took a fast train to Marseille and boarded the ship which stopped in the cities shown on the postcards above. When we came back from Marseille we stayed with my cousins again then finished the trip with two more days in Paris. By coincidence we were in Paris on 11 November and that morning could hear the music from our hotel window announcing the start of the celebration for Armistice Day (which is the holiday commemorating the end of World War I.) We walked up the two blocks to the Arc de Triomphe plaza where this was taking place and could see both the French and German flags flying side by side in the wind. In a future post I’ll show the photos taken during this historical event – it was the first time Germany was invited to participate in this celebration.

Back at home we were surprised to see that our azalea bush in front of our kitchen window, which never bloomed in the Fall before, had two small flowers waiting for us. I’ll post them here to thank all my blogging friends who came and visited my blog while I was away. 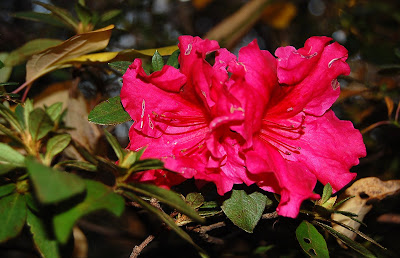 Welcome home and take care of yourself -- hot tea with lemon juice and honey and rum is one of my favorite cold remedies -- you can leave out either tea or rum, depending on your mood!

Glad to have you back. Sounds like you had a wonderful time. Catching a cold is not the way you want to end a trip, but at least you were on your way home. I'm looking forward to seeing photos.

Welcome back. The trip must have been beautiful. I hope you're back to full health now.

Welcome home, Vagabonde! Take some time for yourself while you recuperate. It's always hard for me when I get home not to take on too much. Love the azalea flower, thank you!

Bonjour and welcome back, cher! What a fantastic trip!!! I would love to go to all of those same places, and then some. Can't wait to hear all about it and see the pics!

Welcome back. I do hope you are feeling better now. You probably caught that miserable cold in the plane. That's one reason I dread flying now; breathing each other' recycled air.

You had a wonderful trip and I am looking forward to your photos.

Love the photo of the pigeon!

You'd think that Europeans would introduce a little more 'colour' during the winter months especially. I found Londoners very black during the Autumn too. And an interesting observation about world news. We tend to be rather parochial here too except for the two Government Channels. One is actually a multi-cultural/lingual channel and focusses much more on world events which is very refreshing. Haha . . my sister in law was slapped by a gypsy whilst queuing to get into the Louvre because she wouldn't give her money! We don't fly flags here although having said that, I do have one in my front yard. Flags are flown in an official capacity. I guess we're not as nationalistic as Americans and some ratbags have made the flag an emblem of xenophobia and white right wing supremacy which has devalued it's meaning to some extent. Perhaps this is the case in Europe. It's been hijacked by the far right.

Overall your observations are very interesting. Perhaps it's time the US became a little more global, reduced the size of it's cars and population (well their waistlines anyway) and believe me, after following the health debate there, the US definitely needs to educate it's population on the values of a social democracy. It doesn't mean they're all going to turn 'pink'.