Flowers in Key West, Florida and at home 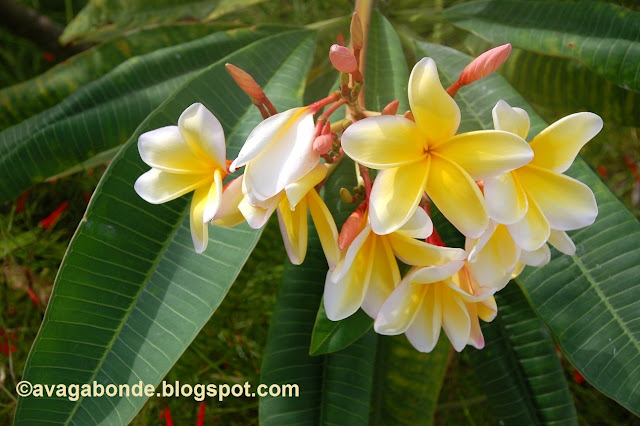 In 2010 and again in 2013 we visited Key West in Florida and really enjoyed the city.  When our youngest daughter told us that her family was driving from Nashville to Florida around Memorial Day then keep on driving all the way down the Florida Keys to Key West we decided to take a flight and join them there.  They were going to spend five days in Key West but we opted to stay almost 10 days.  We just came back - my laptop computer had a small problem, so I did not take it with me.  It was very warm in Key West and the tropical plants and flowers were dazzling. 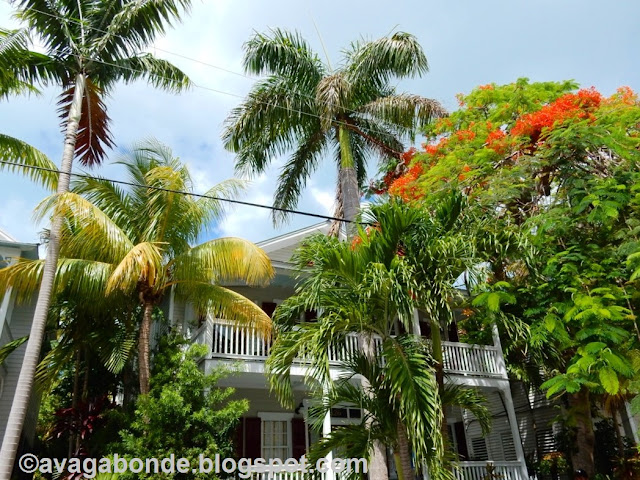 Key West is one of my favorite US cities - a magical place full of charm where one has the impression to be at the end of the world.  It has a unique casual atmosphere, quaint Caribbean and colonial style houses with enchanting tropical gardens and walkable streets.  The sweet fragrance in the air, from the subtropical flora, reminds me of the French Riviera.  The Royal Poinciana (Delonix regia) trees, also known as Flame Tree, were in full bloom.  The tree has vivid orange flowers with dense foliage - it grows in many gardens there.  I took the close-up view below outside our lodging. 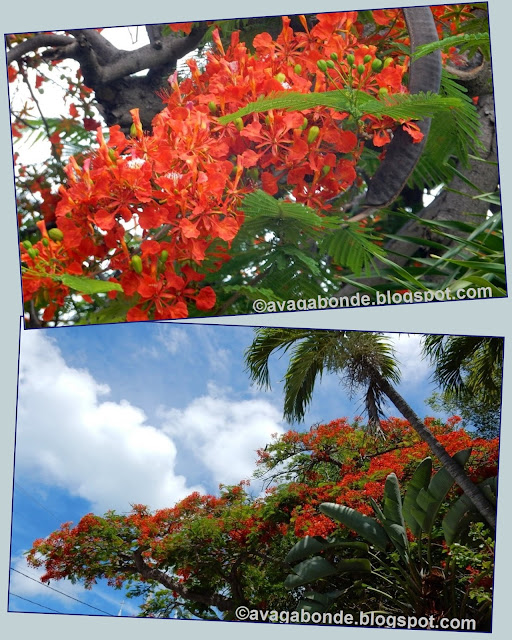 We passed often by a house with exuberant bougainvillea adorning their white gates.  The plant was classified by Philibert Commercon, a French botanist who accompanied French Navy admiral and explorer Louis Antoine de Bougainville during his voyage of circumnavigation in 1789.  The magenta red of the flowers is so bright that it is hard to photograph under a bright sun. 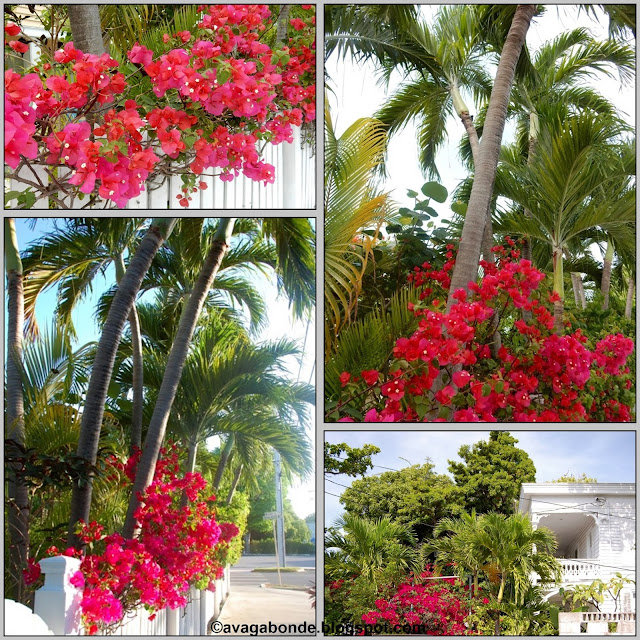 Another colorful tropical flower tree is the cordial sebestena, also called "Geiger Tree" of the borage family.  It was introduced into the Keys from Cuba. 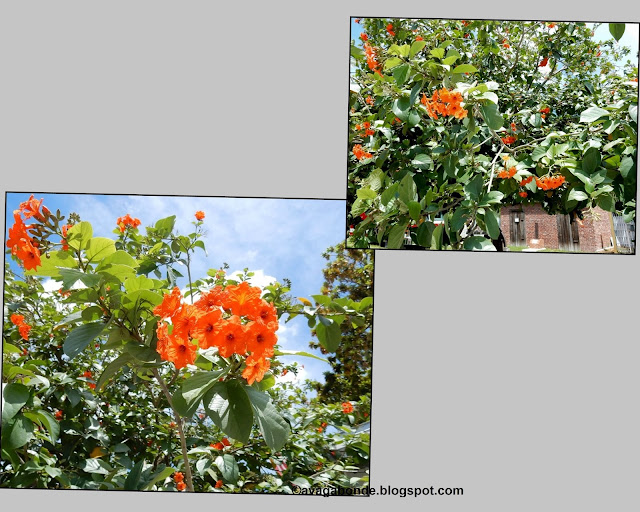 Below are more lush flowers and flowering trees - I don't know all their names.  Could the tree with the yellow flowers be a Trumpet Tree?  (Click on collage twice to enlarge.) 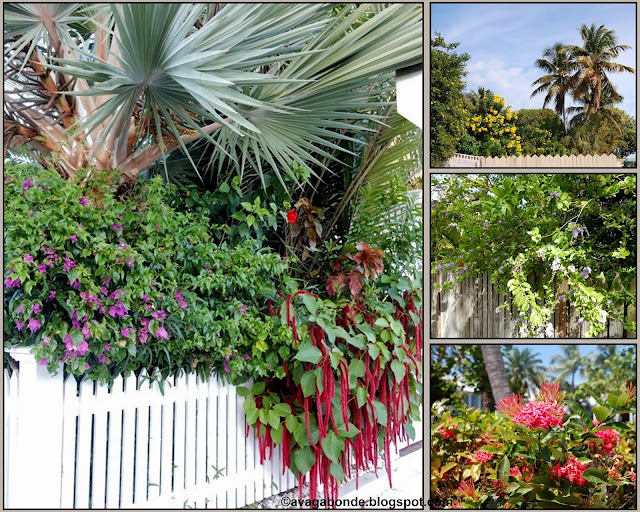 These little orchids looked like they were growing out of a palm tree. 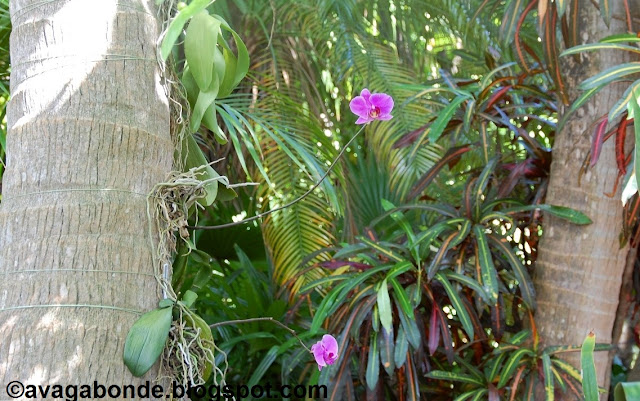 A restaurant close by had bright yellow hibiscus flowers all around its facade, giving it a cheerful appearance. 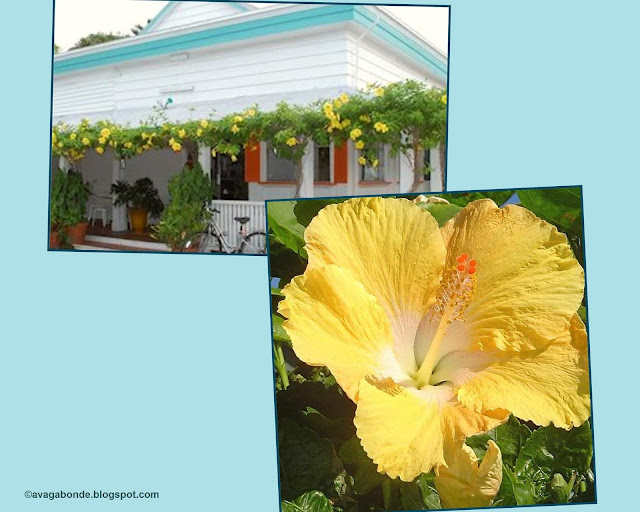 One evening, walking back from eating at a Cuban restaurant, I saw many pink flowers laying on the side of the road.  They were coming down from a tall flowering tree.  My husband picked some flowers up from the ground - they were very fragrant.  We took them home and placed them in a bowl with water. 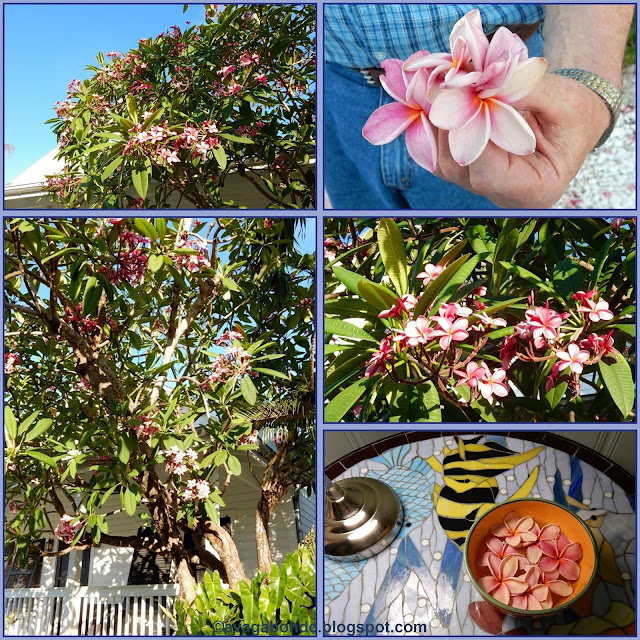 The above are Plumeria flowers, named in honor of 17th century French botanist Charles Plumier (1646-1704) who documented many plant species during his voyage to the new world.  They are also called frangipani.  They come in various colors, from white to yellow, pale pink to dark, almost red.  Their delicate and refined scent is most fragrant in the evening.  In Hawaii they use the plumeria flowers to make their popular garland called Lei Necklace.  My photo at the top of this post shows the yellow plumeria, as well as below. 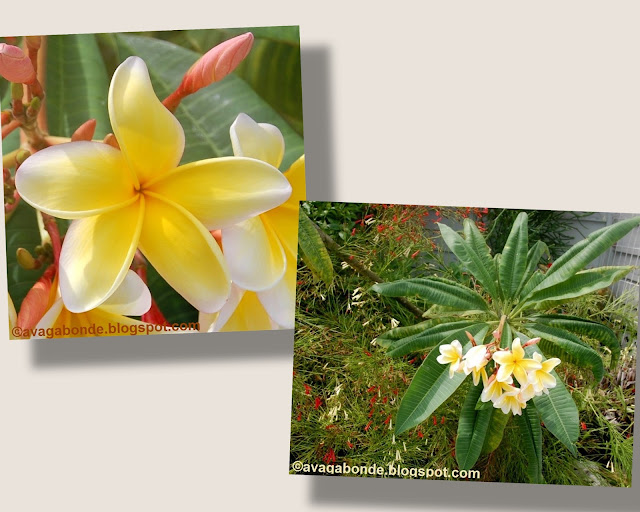 Coming back home, we checked to see if our flowers in planters had survived.  It must have rained as the flowers looked healthy including our begonias, heliotrope and all the others. 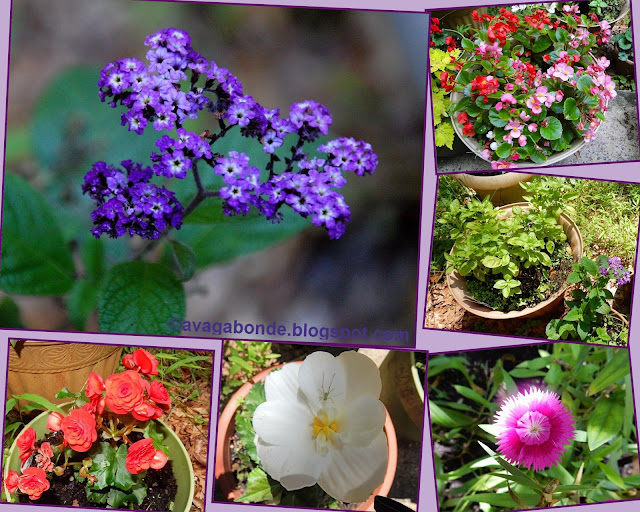 Last Friday we went to the gardens near us, the Smith-Gilbert Gardens.  The Chinese Evergreen Dogwood was in full bloom and striking. 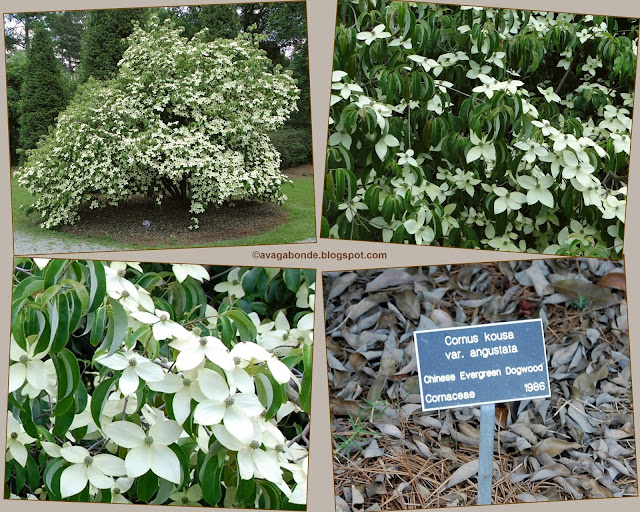 Lilies, in a variety of colors, were also in full bloom.  Some were fragrant. 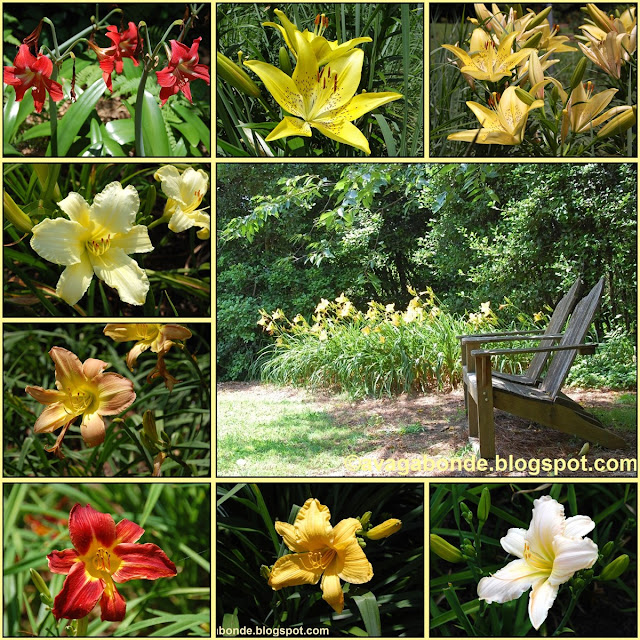 After the warm and humid weather in Key West the 80 degrees F (26.6 C) temperature and low humidity in Cobb County felt cool. 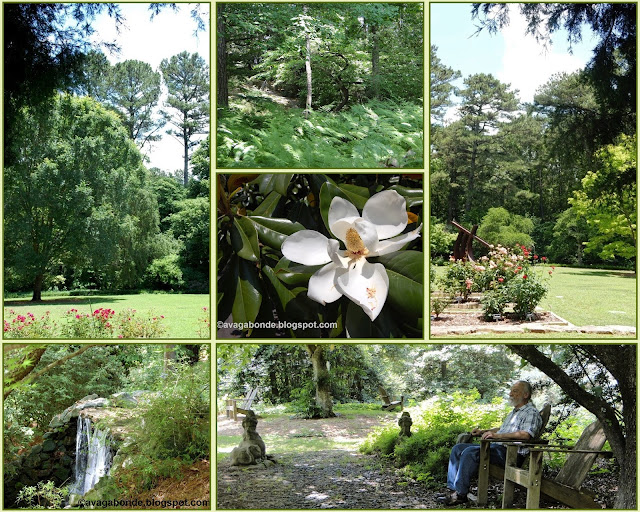 Most of the roses had bloomed in May and the spring flush was gone but there were still some stunning roses left. 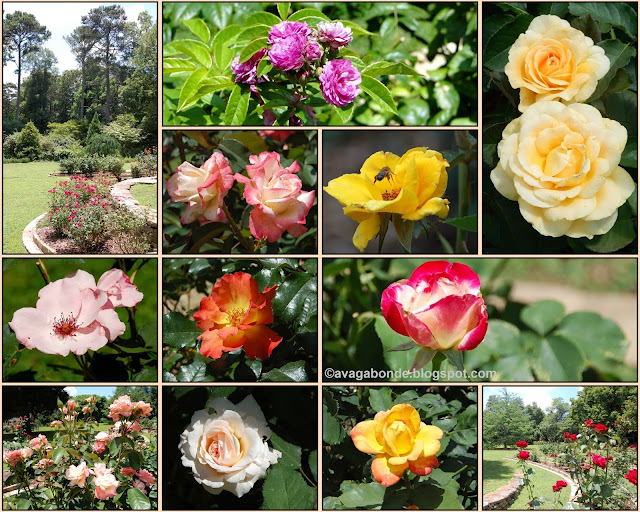 Before we left for Key West in late May I had seen some pretty pink single roses in our eldest daughter's front yard.  We also had a couple of roses in our yard. 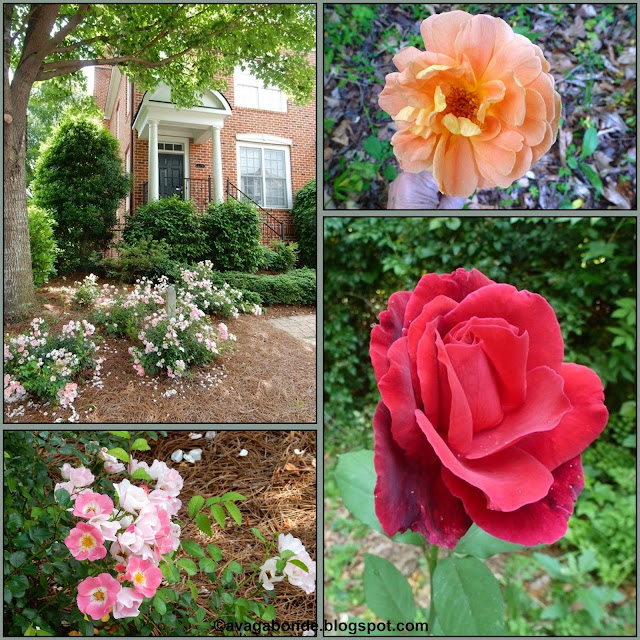 Honeysuckle vines grow wild in our yard and cover many hedges but I like to smell their sweet fragrance when a soft southern wind passes through the pine trees. 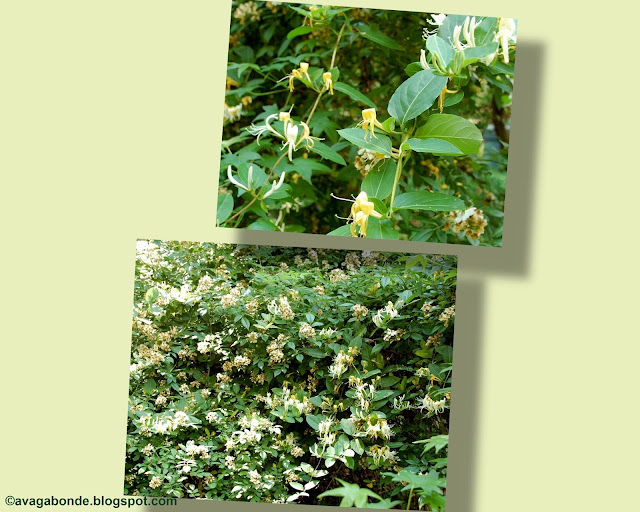 My first tea rose blossomed in mid-May.  As I tried to take its picture in the kitchen, I placed the rose in a vase, on a trivet, on the cat's stand near the window, to catch some natural light.  I used two cameras. 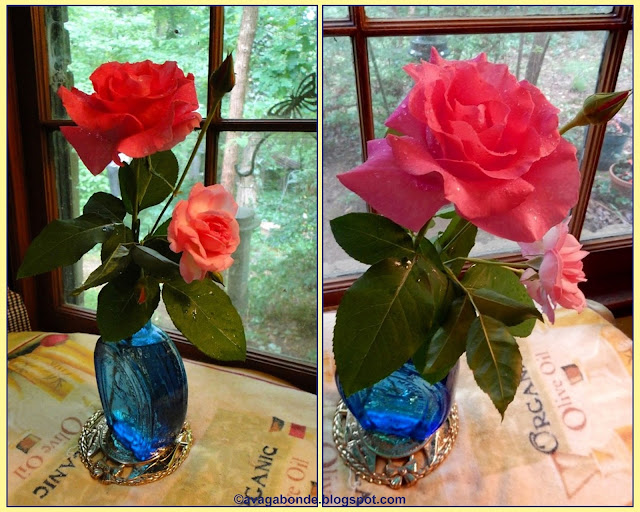 Cody, our cat, came to inspect what was on his window stand.  He sniffed and did not look very happy to have his place taken.  (Click on collage twice to enlarge and read the captions.) 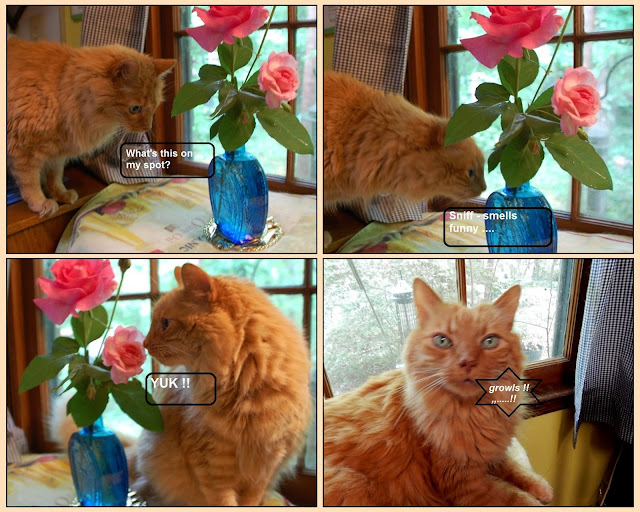 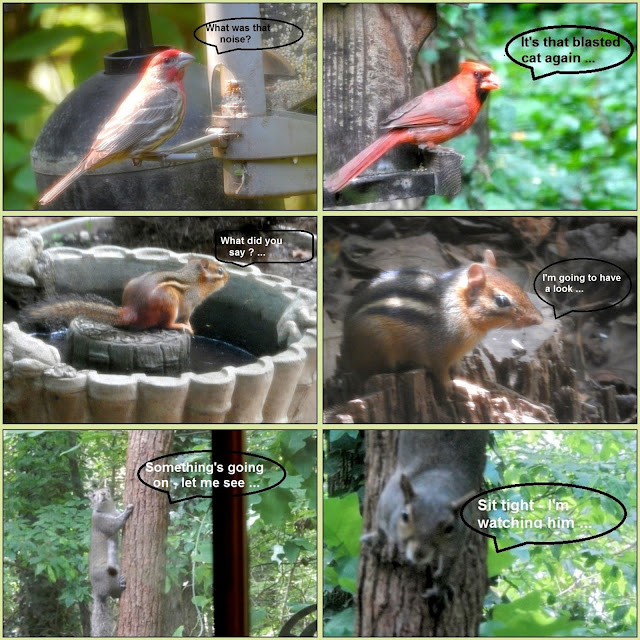 Cody did not share my delight with my first tea rose.  He meowed, hissed and almost threw the vase on the floor.  I moved it away. 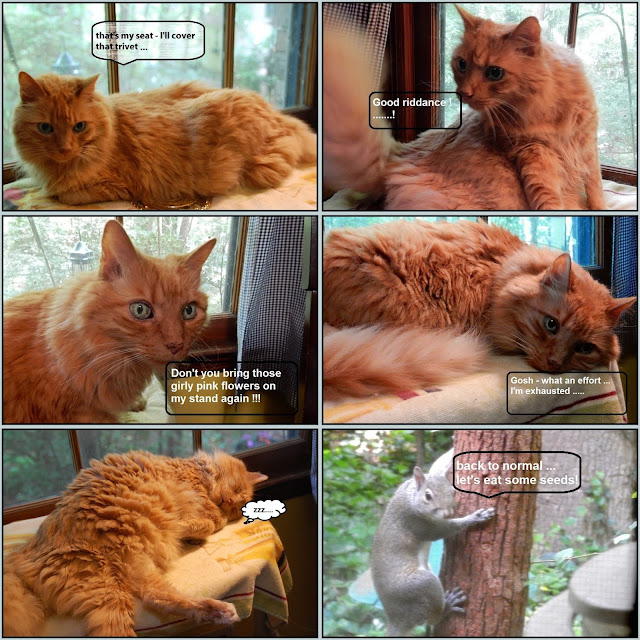 We did see many pretty cats in Key West ... that will be for a future post. 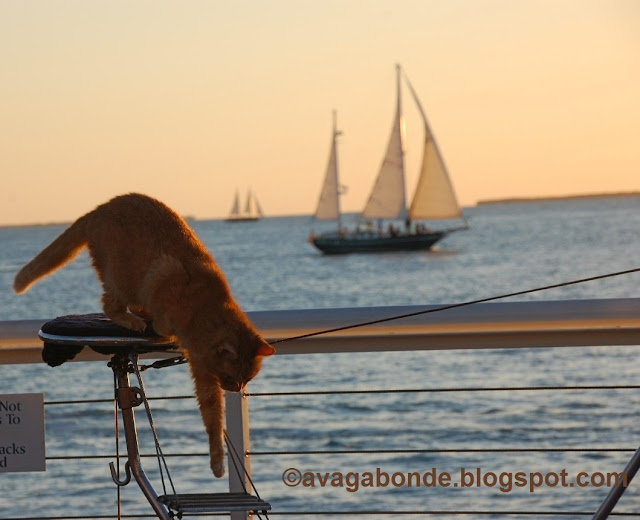