A green burial in the Tennessee hills 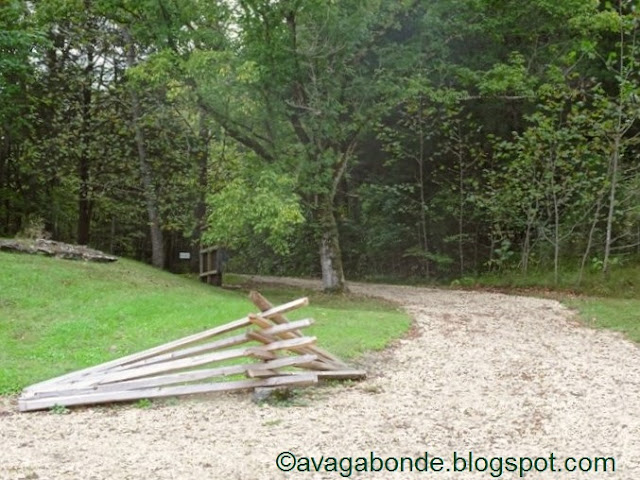 Last Sunday, October 28, 2018, on my way to Georgia, I made a stop at my usual highway rest stop in South Pittsburg, Tennessee, along Nickajack Reservoir Lake.  In some earlier posts I showed pictures of this lake in the winter and summer, this time it started to look like autumn.  It was a sunny day, around 74 degrees F (23.3 C.)  A mist was slowly evaporating from the water.  I walked on the little path along a tree showing vivid red fall leaves.  Sun and nature always heal sadness. 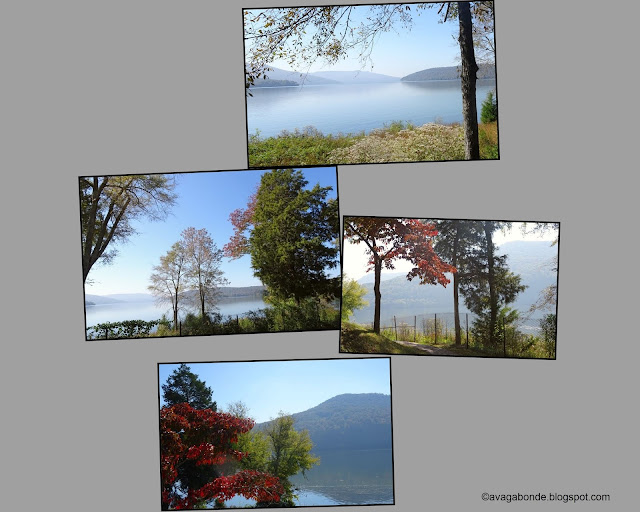 The roof of our house in Georgia was scheduled to be replaced in early October.  I had planned to drive from Nashville to Georgia then.  But life had other plans.  My husband of 51-years passed away in his sleep on Monday October 8, 2018.  He was still walking 3 days before his health took a down turn.  The doctor had told us that he would be slowly declining in the next 2 or 3 years because of his Alzheimer's disease.  We did not expect to lose him suddenly like this, and it was a shock.  I had to quickly come up with funeral arrangements.  My husband dedicated his life to nature, the environment and wildlife so I was fortunate to find out that the first conservation burial ground in Tennessee had formally opened in mid September 2018.  This 112 acre property of rolling hills and meadows had been an old family farm in Sumner County, Tennessee, on the Western Highland Rim, and had been minimally impacted by human activity.  Native American artifacts can still be discovered on the ground.  (Photo courtesy Nature Conservancy.) 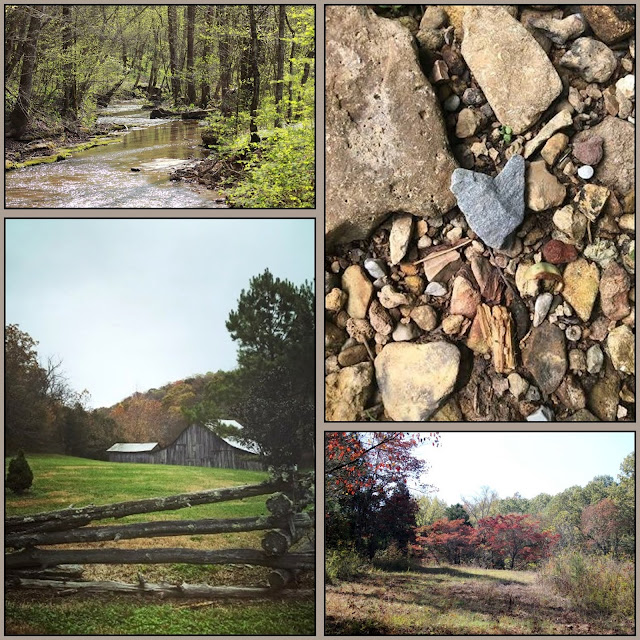 This burial preserve is adjacent to Taylor Hollow Natural Area, a 172-acre restricted access natural area owned by the Nature Conservancy.  Taylor Hollow was once a part of the magnificent mesophytic (moderately moist) forest system of middle Tennessee, and is now one of the last undisturbed remnants of this historic and majestic habitat.  It contains such endangered plants as the Blue-eyed Mary (Collinsia verna,) the Ozark Least Trillium (Trillium pusillum var. ozarkanum) plus several others.  In spring there is a spectacular display of wildflowers on the grounds.  (Photos courtesy Nature Conservancy.) 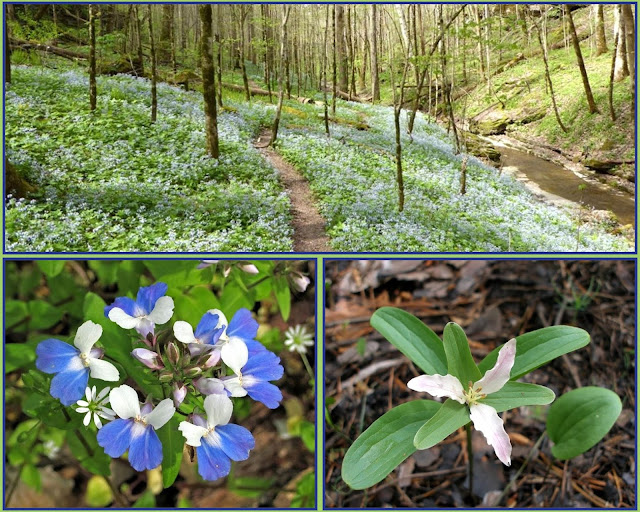 In a future post I'll talk about my husband's illness, but I just cannot do it at this time.  The natural conservation cemetery and Taylor Hollow Natural Area are privately owned, non-profit, with a conservation easement, preventing development of the land forever.  This is the first natural burial ground in the United States protected by the Nature Conservancy.  It will prevent this land from being developed, contaminated and abused.  There are no metal caskets, fertilizer, formaldehyde, concrete or metal vaults, plastics, or foreign matter introduced into the landscape in a natural burial.  A conservation cemetery does not displace pollutants into the environment.  Naturally native plants and animals flourish in its sanctuary.  The funeral director of this conservation cemetery told radio station NPR: "This is not something new; this is something very traditional.  It is more of a return or revival of traditional burying practices.  And it really and truly becomes a place where people can go to reconnect with a loved one."  "A lot of people want to go to a place to say goodbye, and it becomes a sanctuary, a preserve, and a place to connect to nature as well as the memory of your loved one."  He added "People [who] choose to be buried in this area are the people who want wildflowers blooming on their grave and butterflies fluttering about." 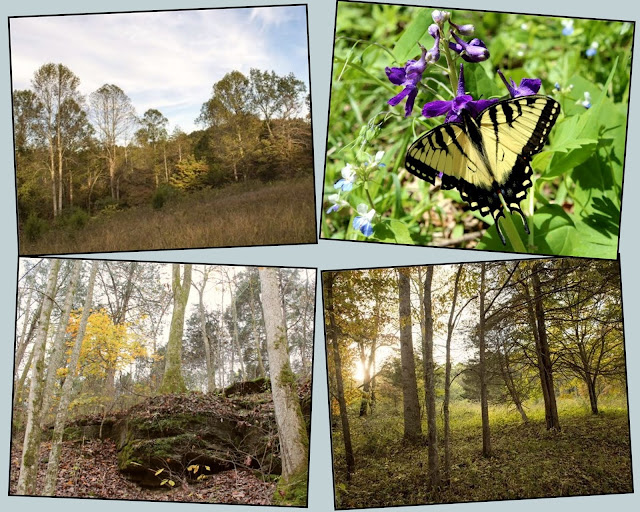 This is the way our ancestors were buried but, after the Civil War, it changed with the introduction of embalming.  These natural burial grounds are rare in the U.S. (about 100+ and over 200 in the U.K.) because the 21,000+ modern funeral homes in this country are strong and persuasive.  They are responsible each year for the felling of 30 million board feet of casket wood (some of which comes from tropical hardwoods,) 90,000 tons of steel, 1.6 million ton of concrete for burial vaults, and 800,000 gallons of embalming fluid.  Even cremation is not environmentally safe, with the incineration process emitting many a noxious substance, including dioxin, hydrochloric acid, sulfur dioxide, and climate-changing carbon dioxide.  There is no law regarding embalming or the use of these toxic chemicals which are flushed into our sewers and create an enormous environmental problem.  A natural burial in a conservation cemetery is an eco-friendly option.  There, visitors feel a connection to the earth, a quiet way of saying good-bye to the loved one surrounded by nature. 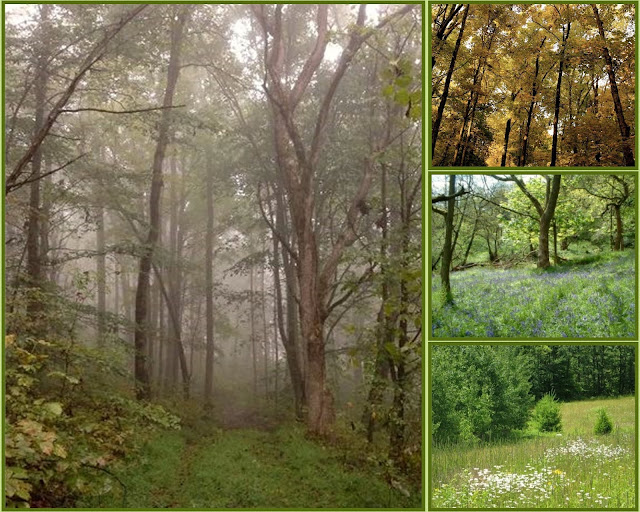 On Friday October 12, 2018, we drove to the conservation burial grounds in Westmoreland, about 1 hour northeast of Nashville in Sumner County, in the state's northern border with Kentucky. 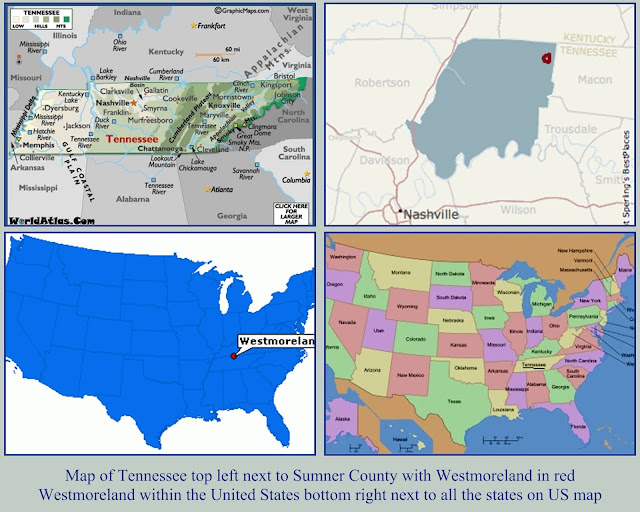 The ride was pleasant.  We drove through open land and rolling hills.  There were no large towns or malls, just a quiet country setting. 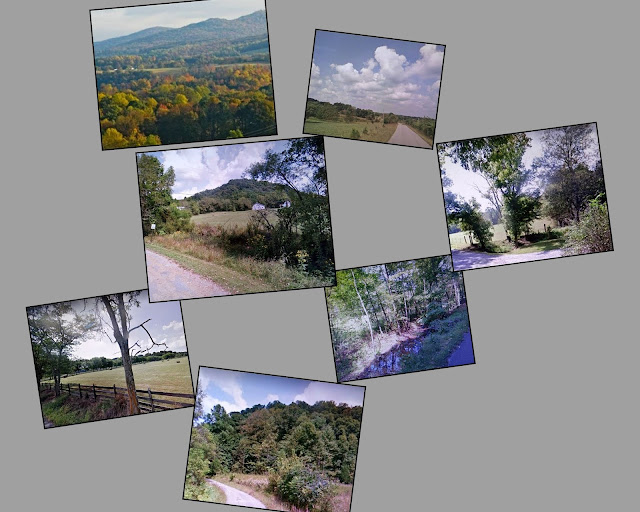 We drove on a narrow country back road to the conservation cemetery.  There was no sign, just a gravel parking area and a wood fence (as shown in the heading photograph.)  The site chosen for my husband's burial was in a wooden area, close to a trail.  The funeral director told me that he had seen a 10-point buck there that morning - my husband would have liked that.  Motor vehicles are not allowed and there are no roads, just rugged paths.  Hiking up the trail we did not pass rows of tombstones, soaring monuments, or plastic flowers as in the standard cemeteries.  We read poems, listened to specially selected music pieces and songs, and then my husband was laid to rest.  Men and children shoveled the dirt back and plants were returned.  It was a simple burial like they used to have in the old west in days of yore.  In this conservation cemetery native stones from the property can act as grave marker, although a GPS tracking device can pinpoint the location of each grave space. 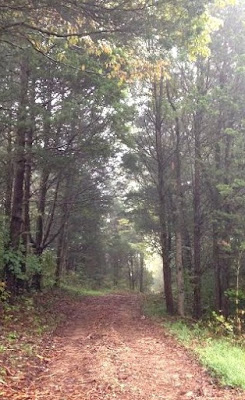 I was still disoriented by my husband's sudden transition.  It seemed that just a few days had passed since he was in the assisted living gardens watching our grandchildren play.  Below is such a picture and also one from last March in a Nashville park. 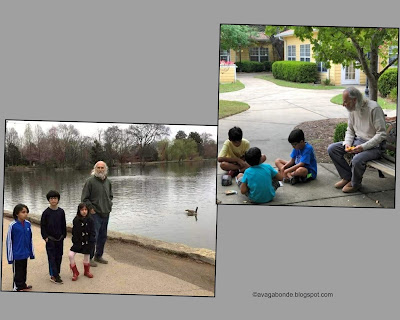 Everything had happened so quickly.  My head tells me that as hard as it is, going in his sleep is better than having suffered two or three more years from this awful disease; now he is free.  The day before he passed, on Sunday October 7th, I was next to him playing the music he liked on my cell phone.  The next morning, he was gone.  I remember we listened to some Chopin music as in the video attached below.  Now I'll keep listening to his favorite music, alone. 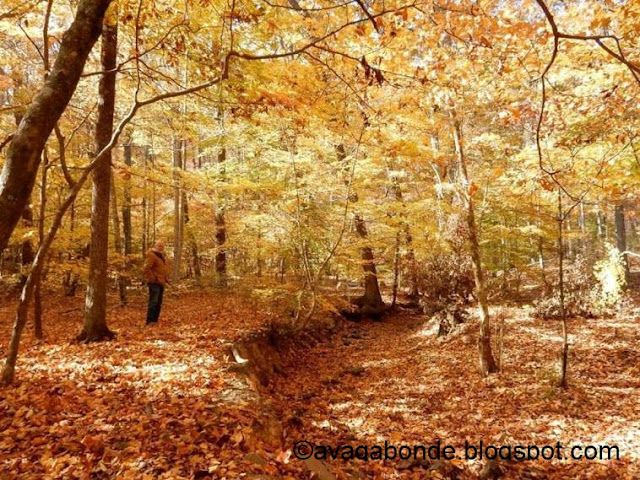