The sunflower, a symbol of hope and solidarity 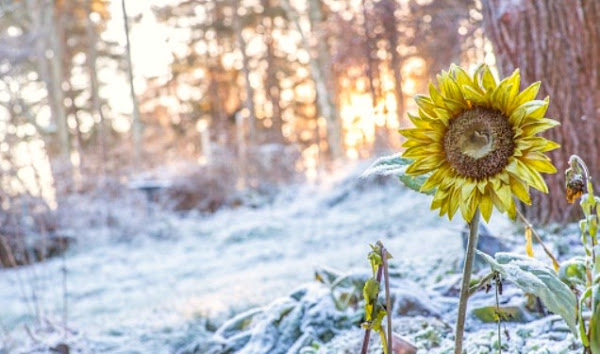 Downton Abbey part two was supposed to be my next post, but time went by, bad weather and mostly with the current events I just could not write it - it is delayed. These are sad times. Trying to be a bit optimistic I decided to write on the sunflower after reading how this flower has become a worldwide symbol of solidarity for Ukraine and its citizens since the Russian invasion. The sunflower is also a symbol of loyalty, hope, happiness, strength, good fortune and peace. 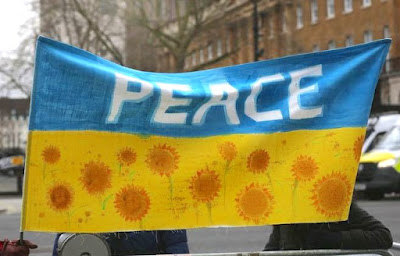 The Latin name of the sunflower is Helianthus Annuus which is a combination of the Greek word helios meaning sun and anthos meaning flower. Evidence suggests that around 3000 BC the plant was cultivated by American Indians in what are present day New Mexico and Arizona. They used it in ceremonies and many other ways. Explorers brought the sunflower to Europe in the 16th century. Commercialization of the plant began in Russia. Ukraine started growing the crops in the 1700s and is now the world's major supplier of sunflower oil. Below are vintage postcards of sunflowers. 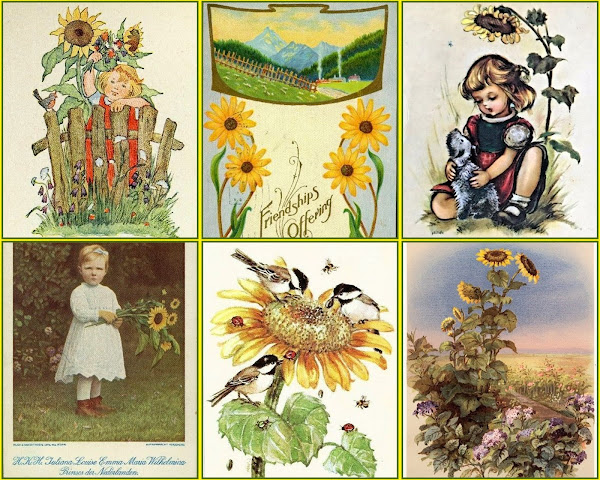 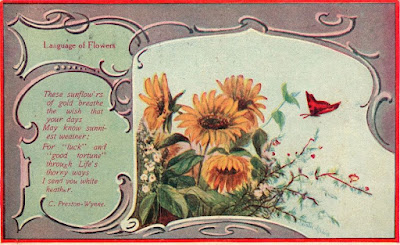 When writing my Tour de France posts I like to include photos of the racers biking along sunflower fields. 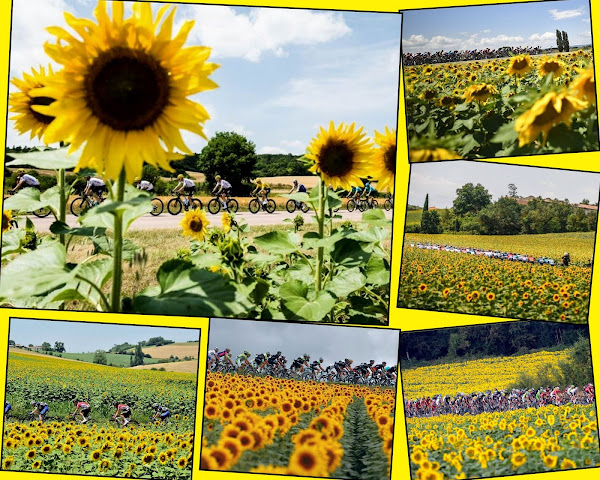 This striking and beautiful plant is admired by many. Famous painters have used it as an inspiration in their art. The Dutch artist Vincent Van Gogh (1853-1890) painted a series of sunflowers starting in 1887 then again in Arles in the south of France. 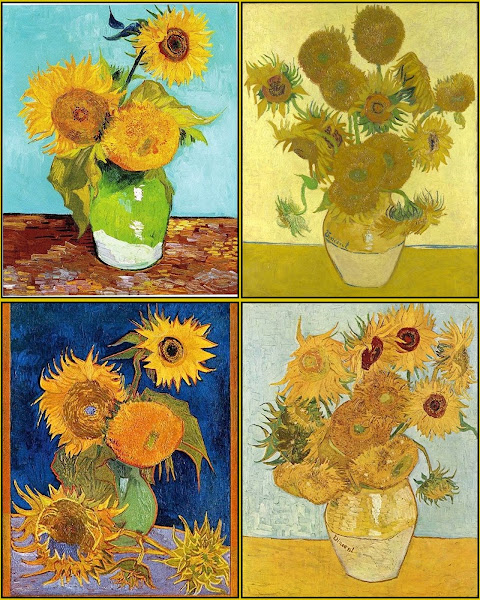 Van Gogh's friend, the French artist Paul Gauguin (1848-1903,) visited Vincent in Arles and painted sunflowers as well, as shown below. 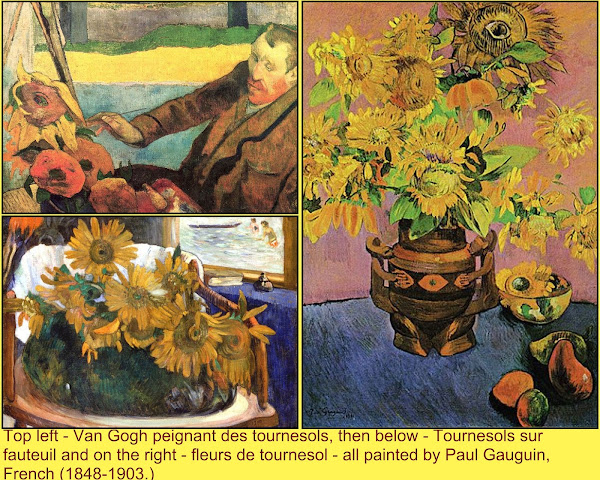 Two other famous French artists, Matisse and Monet painted the lovely "tournesol" as it is known in French. It comes from the Latin tornare and sol, or turning toward the sun. 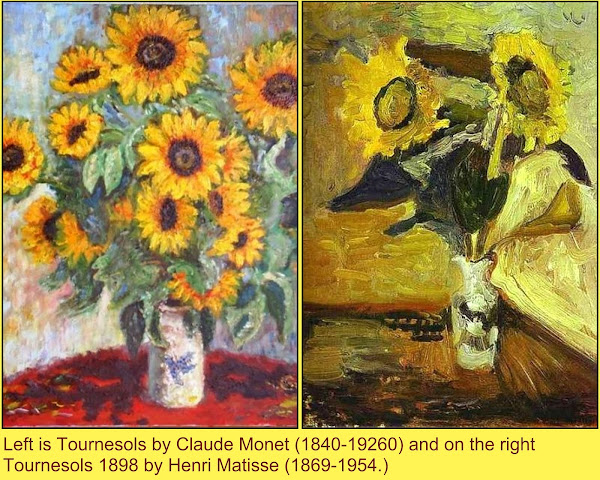 Current famous people have been seen with the sunflower. First US Lady, Dr. Jill Biden, wore a face mask embroidered with Ukraine's national flower to show support for the brave people of Ukraine. Prince Charles of Wales and Camilla, Duchess of Cornwall, placed sunflowers on March 2, 2022, at the altar of the Ukrainian Catholic Cathedral and praised the Ukrainian bravery amid the Russian aggression. (Courtesy People.com and New York Post.) 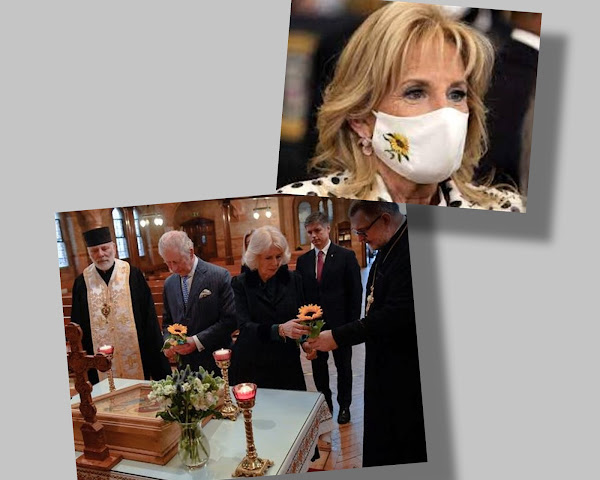 If only these strong flowers could help save Ukraine. It does not look good right now. Russia is intensifying their airstrikes on civilian buildings, hospitals, schools, mosques and churches. So far hundreds of civilians including children have been killed as well as 1300 Ukrainian soldiers. Ukrainian refugees have fled to neighboring countries - more than 1.5 million to Poland so far, many to Hungary, Romania and other places. If the Russian public could witness this terrible tragedy they would be horrified, but it is as if the iron curtain has fallen again with its propaganda. The Russian public is totally in the dark and fed constant disinformation, blaming the victim. 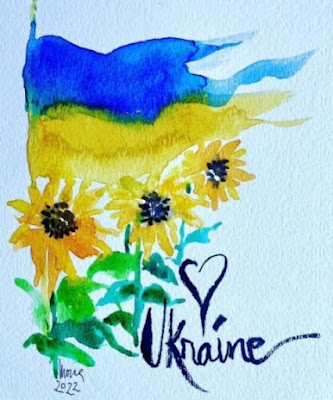 The free press and independent media have been shut down; if someone tells the truth they risk years in jail. It is becoming like North Korea with unreal news and total isolation. Now the rest of the world is worried of the risk caused by Russian forces occupying Chernobyl and Zaporizhzhia, two of Ukraine's nuclear plants. A third plant, Yuzhnoukrainsk, is also at risk with Russian troops only 20 miles away. The planet could be in peril. The stems and leaves of the sunflower plant absorb radiation but it would take zillion of them if incidents happen in these nuclear plants. It is difficult to stay optimistic and keep looking to the sun. 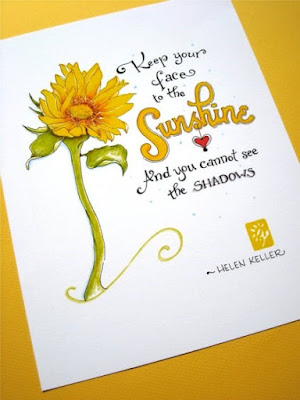 Several years ago my late husband and I visited the Biltmore Estate in Asheville, North Carolina, the 250-room chateau that George Vanderbilt completed in 1898. We spent a week-end there and had time to walk through the gardens and grounds. It was in August and the sunflower fields were in full blooms. I was able to get close to the flowers. 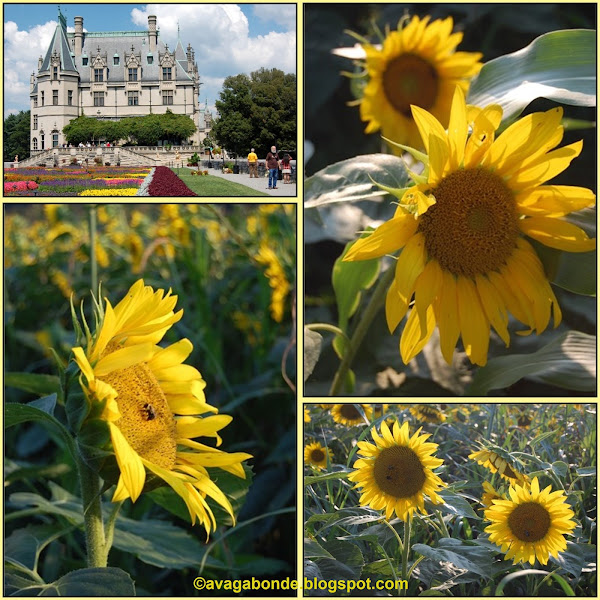 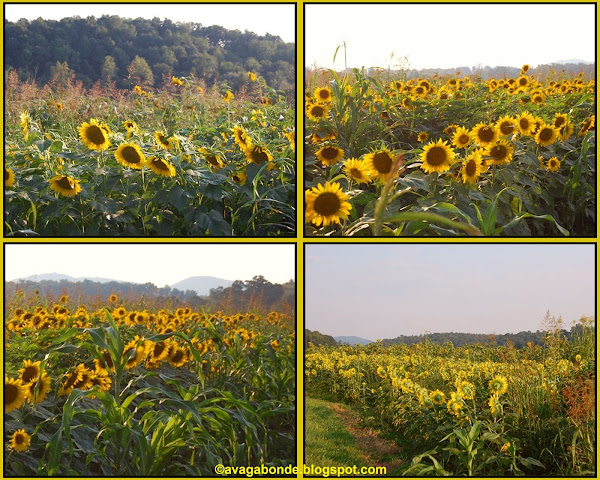 The sunflowers have shown to absorb toxic elements and radiation, they clean up the environment. In 1996 at the Nuclear Age Peace Foundation former US Secretary of Defense William Perry said: "Sunflowers instead of missiles in the soil will ensure peace for future generations." Alas, I don't think his words were heard by all the nations. Slava Ukraini! 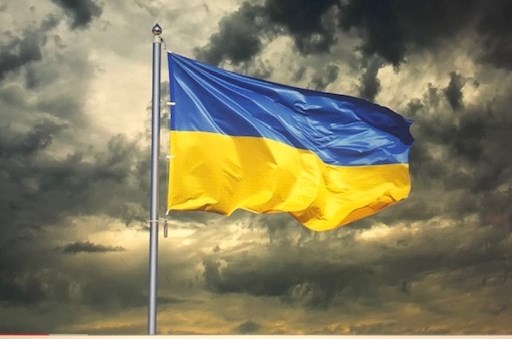