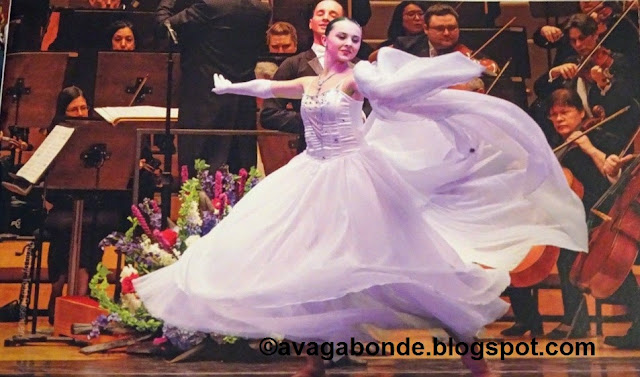 While I was still in Georgia before the Holidays I visited again the historic antebellum mansion Bulloch Hall as it was decorated for Christmas.  I took many pictures and was going to write a post in early January, but as you'll see below, something happened and I could not.  January started well, though.  On Thursday, January 2, 2020, my daughter, son-in-law and I went to a movie matinee to see the modern but faithful adaption of "Little Women" directed by Greta Gerwig.  I had read Louisa May Alcott's classic book, translated into French and titled "Petites Femmes" or "Les 4 Filles du Docteur Marsh" when I was eleven years old.  I did not remember it very much.  We all enjoyed this period drama, so beautifully acted.  (below photos from the film, courtesy Sony Pictures and LA Times.) 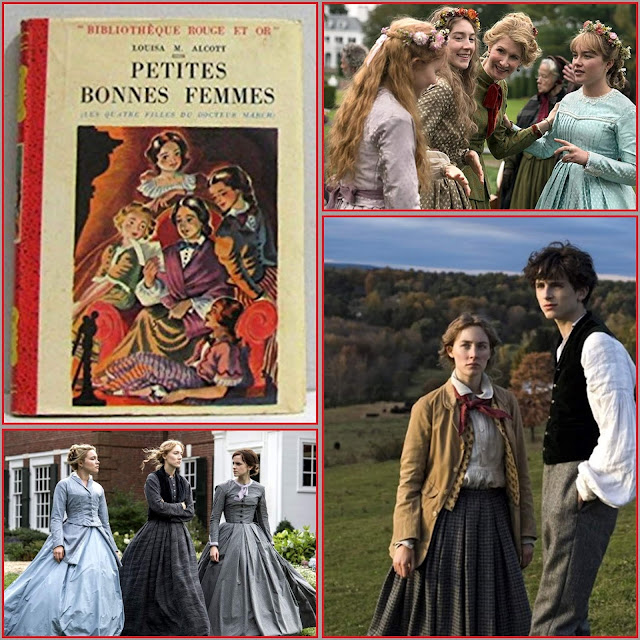 Later I watched a PBS documentary on the 350 years old Orchard House (the home of the Alcott family in Concord, Massachusetts.)  It was full of interesting history and information.  Louisa May Alcott (1832-1888) wrote her two-part novel in this house in 1868 and 1869.  Her book was successful from the start.  It was translated into 50 languages and has never been out of print.  The virtual tour of the well-maintained house, with its original furnishings, was quite moving.  I have gathered several postcards of the house and its interior.  (Please click on collage to enlarge.) 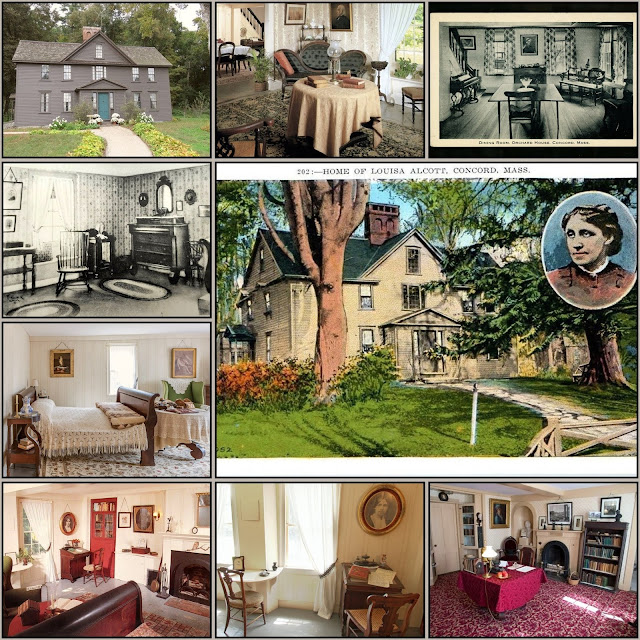 While looking at vintage postcards of Concord, Massachusetts, I came upon one featuring Ephraim Wales Bull - so had to find out who he was.  It turns out he was a farmer in Concord, also in the 1800s, and a neighbor of the Alcott family.  Around 1849 Ephraim planted seeds from the wild vine Vitiz labrusca.  After evaluating more than 22,000 seedlings he decided on the ideal one and called it "Concord Grape."  The Concord Grape won first place in 1853 in a Boston agricultural exhibition and was introduced commercially in 1854.  I had no idea.  In the fall if I can find fresh Concord grapes I always buy them as I like their sweet but slightly acid taste.  The Concord grape is popular for jellies, juice and more.  Poor Ephraim Wales Bull (1806-1895) never obtained any money for his grape discovery.  On his grave it reads "He sowed.  Others reaped." 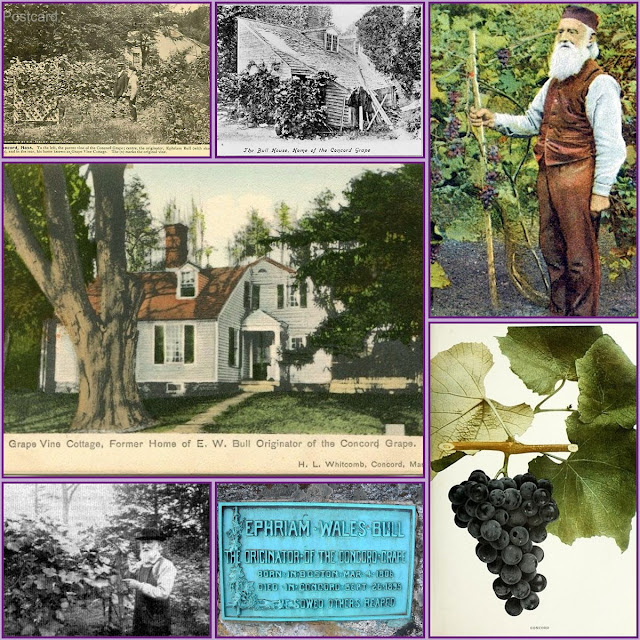 On the following day, Friday 3, 2020, my daughter and I went to Nashville's first "Salute to Vienna" New Year Viennese style celebration.  Maestro Bernhard Schneider, from Vienna, conducted the Strauss Symphony of America as well as dancers from the National Ballet of Hungary, Ballroom Dancers, a soprano and a tenor.  The program included waltzes, polkas, with The Blue Danube towards the end.  The lyrics of the classic "Auld Land Syne" were printed in the back of the program so the audience could sing along. 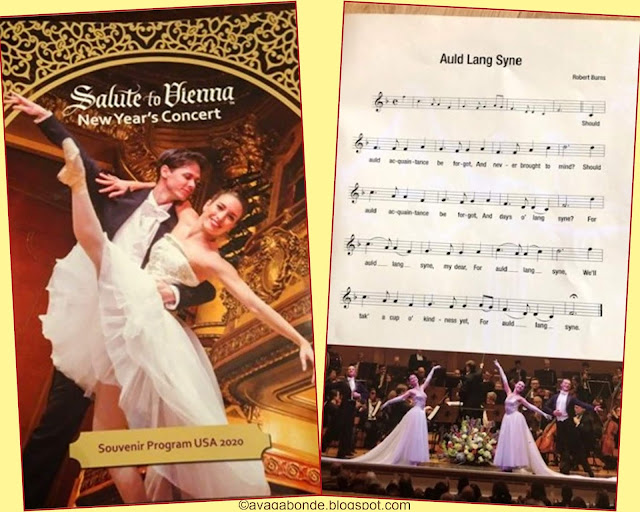 This concert was performed at the Schermerhorn Symphony Center in downtown Nashville.  I had never seen it before and thought it was an old building.  But no, construction had begun in 2003 and the building formally opened in 2006.  It is named in honor of Kenneth Schermerhorn, the late maestro of the Nashville Symphony.  It has a neo-classical style with modern acoustic features and has won several design awards.  Coming out of the dark parking area, the brightly lit symphony building looked imposing.  Once inside I was surprised to see spectators seated behing the orchestra, under the large custom-built organ.  It is a special choral loft that can be available during non-choral performances. 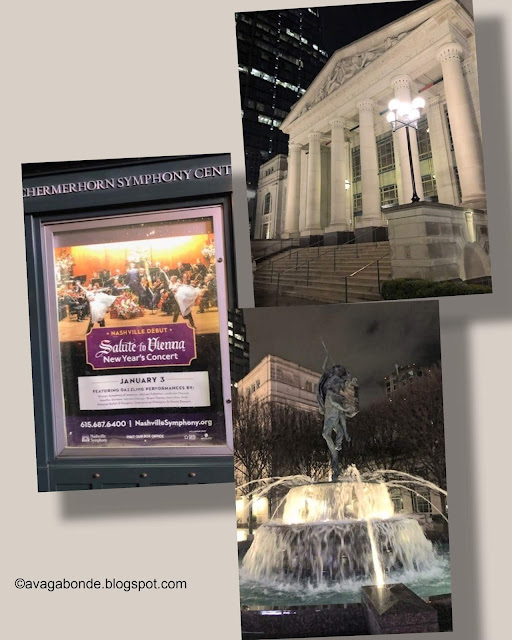 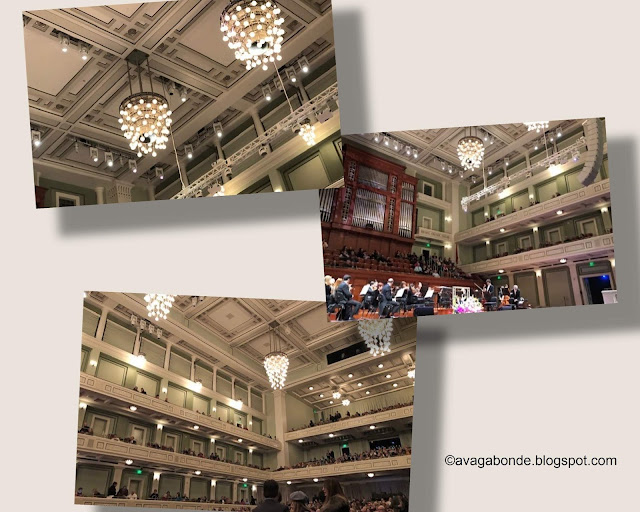 This Salute to Vienna concert had been touring the US close to New Year for many years.  There are performances in major cities, but in the South, only some cities in Florida and for the first time in Nashville.  The concert included mostly Johann Strauss, Jr. (Austrian, 1825-1899) waltzes but also a couple from Franz Lehar's.  I knew all of them and I'll tell you why below.  It certainly was a delightful evening with lovely music, songs and dances.  A great start to the New Year.  I just took a few photos with my iPhone. 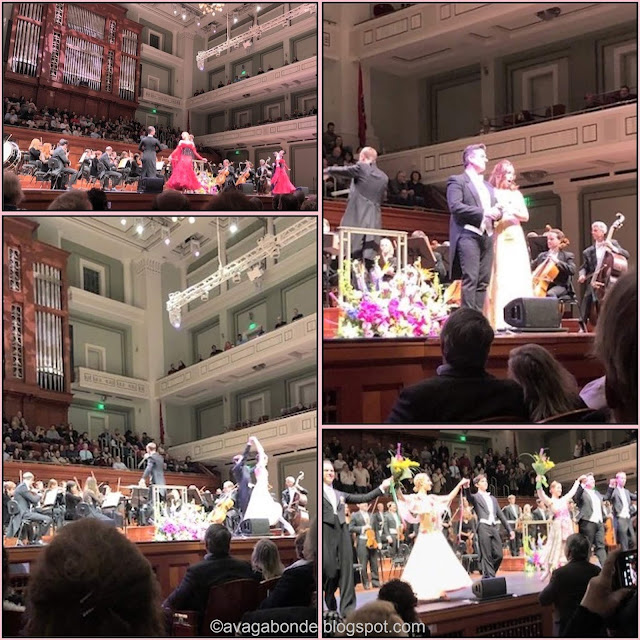 My mother loved dancing when she was young, in the 1930s.  She had spent some time in Juan-les-Pins and told me that she used to go dancing almost every evening.  It was the "jazz age" period and people like author Scott F. Fitzgerald lived there as well and had made this French Riviera resort town quite fashionable and in vogue.  Mother particularly enjoyed dancing the tango and the waltz.  Unfortunately my father was badly injured and handicapped in WW2.  But if on the radio a Strauss waltz was played she would stop everything and have me dance with her - even if I was in the middle of playing or doing my homework.  By 6 years of age I could dance the waltz, the tango, fox-trot, polka, Charleston and more.  This is why I knew all the waltzes and polkas played during the concert.  Below is my mother (on the right) with my grandmother, mother (on the right) with a friend and in a small ID photo.  She had red hair and pale turquoise eyes. 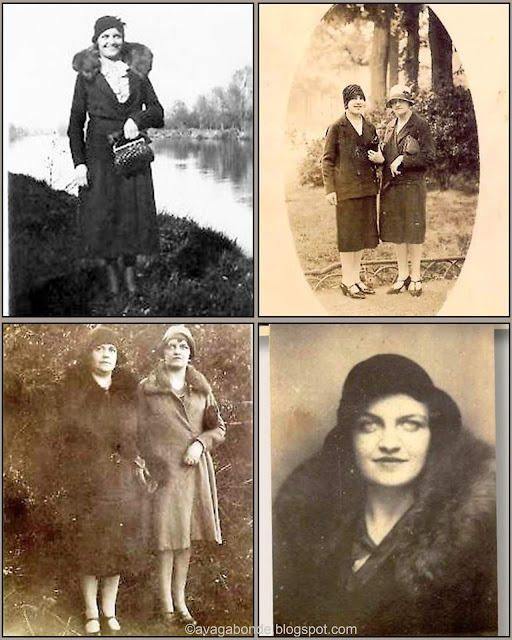 After my father died in 1974 I went back to visit mother every year after Christmas to be with her about 10 days around New Year.  She always had bought some tickets to a musical, tango or Viennese waltzes spectacle, operetta or play in a theatre for the two of us to attend.  Then when she became stricken with Parkinson's disease and could not go out she would send for a ticket for me by checking her weekly magazine "Pariscope" that listed all the shows in the capital (and being in the center of Paris there were always a multitude of them.)  When I arrived in Paris she would tell me what kind of show I was going to attend.  She would wait for my return from the show to listen with excitement for my descriptions and impressions.  She did get a tremendous vicarious enjoyment from it. 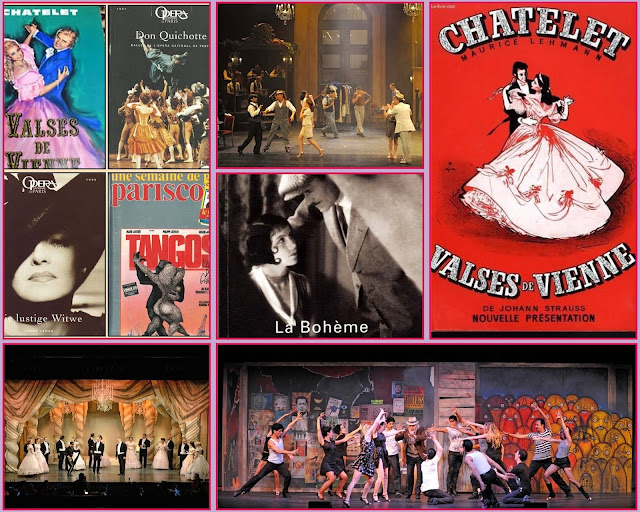 As you can see I have started the new years with songs and dances for a very long time.  It was nice that my daughter invited me to watch the Salute to Vienna to continue the tradition.  As my readers know I have been traveling monthly to Georgia to clear out our house there.  Last August I became very tired and short of breath.  It got worse and worse.  I just thought I was aging and kept going on.  But by Sunday January 5, 2020, I could not walk across a room without catching my breath and had to sit down.  When I finally went to see my doctor he diagnosed Atrial Fibrillation (Afib) which is an iregular heart beat.  Because my heart had been running so high for so long I also developed acute heart failure.  Bother - now I can't go back to GA for a while.  I'm taking a bunch of pills daily and am scheduled for a battery of tests: breathing, stress, MRI, and more and will have to wear a heart monitor for a while until they understand where the heart failure comes from.  I can barely walk so have been spending time reading, and listening to music.  A friend sent me links to black and white old movies from the 1930s that I can watch on my iPad.  I'm trying to watch upbeat movies with dancing and songs.  I just watched a couple of old Bob Hope and Bing Crosby films and also "Dancing Feet."  It is a 1936 American comedy with a lot of dancing.  Here are a couple of pics from this film. 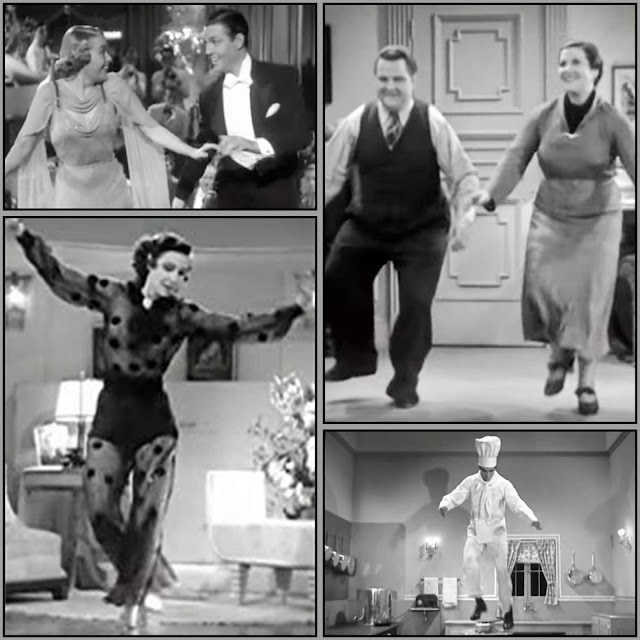 Then I found music from that era on my iPad as well; the type of music famous in the 1920s and 1930s, a time known as the Roaring Twenties and the Jazz Age.  I even found a second-hand CD on line featuring "The Great British Dance Bands" from those years.  Right now, I prefer to listen to the music from that period - a time of flappers, Art Deco and jazz, instead of turning on the TV and watching more shootings, the terrible epidemic from the Coronavirus or endless political talks. 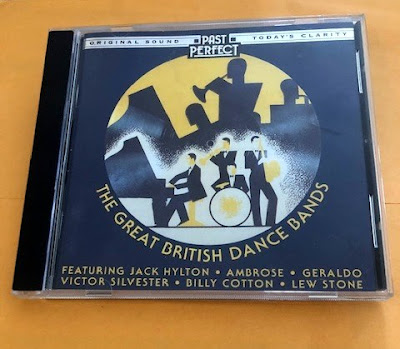 One of the songs I like was played by Mrs. Jack Hylton and Her Band.  I found it also on youTube.  It is called "Got to dance my way to heaven."  You can listen to it below.

She had a very good and successful band in the UK in the 1930s and sold many records through the Woolworth's stores.  I remember when I was in London as a teenager - there was a Woolworth's close
to my host family house.  I had not seen those Woolworth's stores in Paris and I thought they were "smashing."  I also remember going to change my Francs into Pound Sterling at the Foreign Exchange booth in Victoria Station.  Then I'd go to Piccadilly Circus and have tea at Fortnum and Mason, or if money was tight, I'd have a cup of tea at Lyon's Corner House. 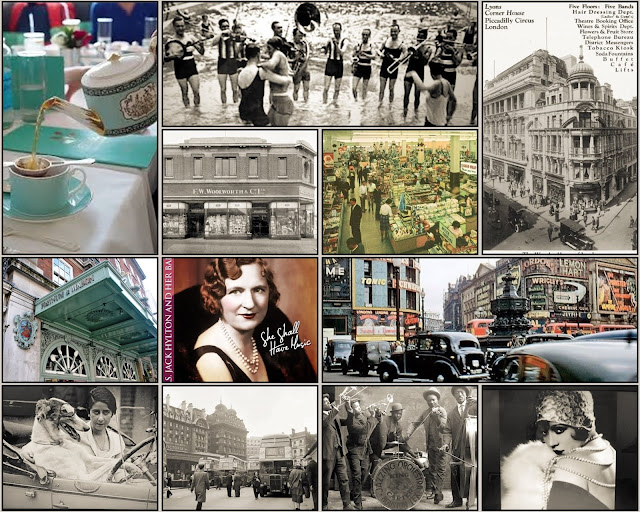 As I sat listening to that music it seemed kind of familiar to my ear.  It was before my time though as I started traveling to London in 1953 when I was 13 years old.  But still.  Then, in my mind's eye I could see myself in the late 1950s studying my English on the weekends for my Cambridge exam while staying at my pen friend's home.  Wasn't that the music playing in the background?  Did I imagine it?  So I telephoned my British pen-pal (I have known her since 1953) who is now retired in Florida and asked her.  No, she could not remember ...but then... she said "you are right! Mum had an old Gramophone radiogram and she used to play her old 78 records of big bands from the 30s while doing her house cleaning." Her mother, Gladys, just like my mother, had loved dancing in the 1930s.  My friend added "but you did not like that type of music then, you liked Dixieland jazz and Fats Domino!"  Tastes change, just like in fashion, and mine can change in ...what? over 65 years?  Well, here you are, I started 2020 with music and am still listening, even if the melodies are from the 1920s and 30s.  I explained my health issues to my friend.  She told me, and insisted "you are not sick - you just have a "condition."  She is British and speaks proper English, so she must be right - I just have a condition, a heart condition.  I feel better already!  Wish I could dance ... 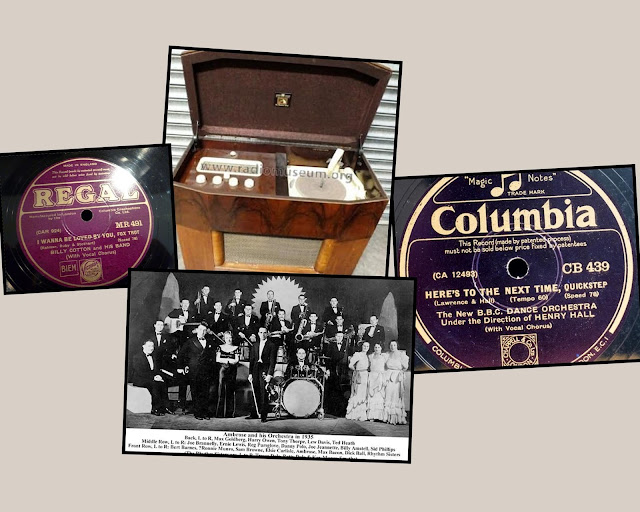 Note to Naomi's readers - This post took several days to write.  Next post, I'll write about my latest conversation with Naomi.
at 9:07 PM 18 comments: