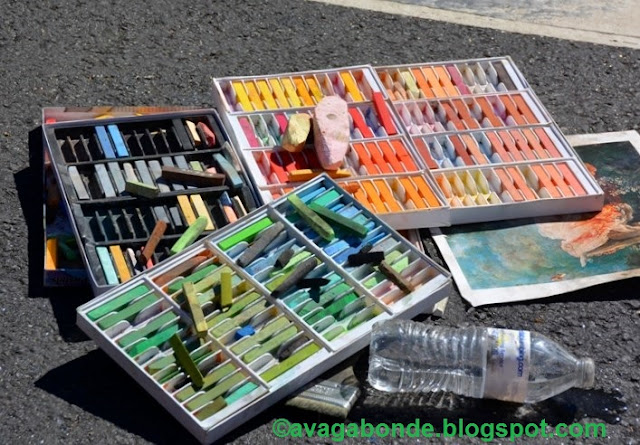 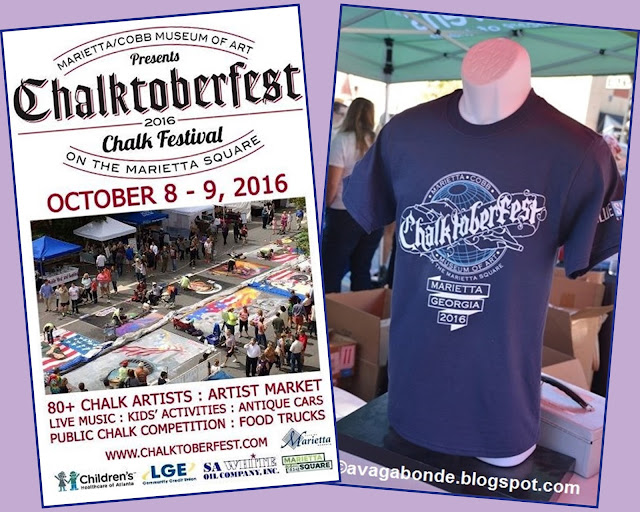 This year the chalk and beer festival was held on October 8 and 9, 2016.  We went on Sunday afternoon, October 9, to see the finished chalk drawings.  There was a larger crowd than last year, and last year the visitors numbered over 30,000.  Live music was provided from the gazebo on the Square by the local variety band Prime.  I took more photos, about 455, and will have to write two posts to show some of them.  (Click on collage to enlarge.) 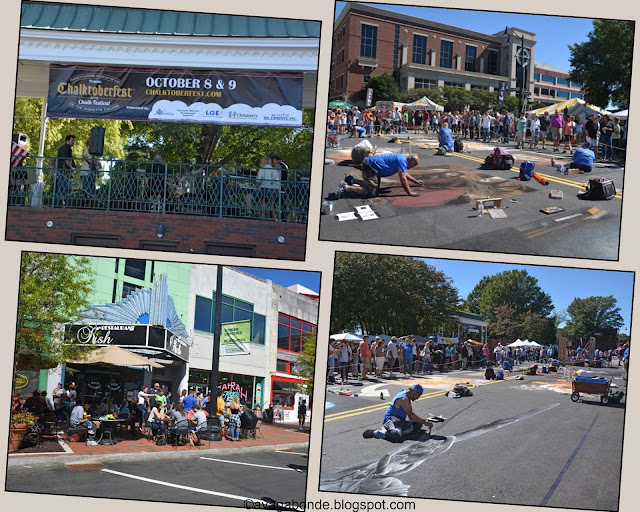 The theme for the 2016 Chalktoberfest was "Old Masters."  More than 80 professional chalk artists participated in the festival.  The Canadian Consulate inaugurated their partnership with the festival this year and an artist came from Canada.  I stopped at the Canadian booth.  It was nice to speak French with a Canadian from Quebec - she gave me some sweet maple candy. 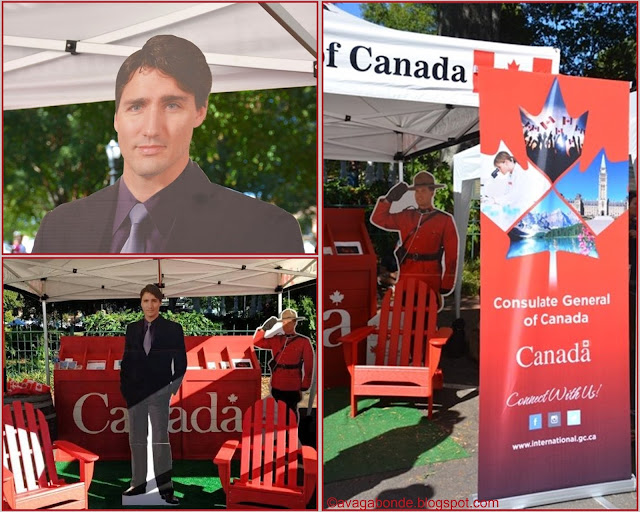 The event took place on three streets around Marietta's public square.  The fourth street was reserved for the public chalk competition.  Some of the chalk artists had chosen religious themes from the old masters.  Below at the top is David Lepore's art.  In center, is Lee Mobley's work, from Douglas, GA, and at the bottom is the drawing by Darrean Brown of Columbus, Ohio. 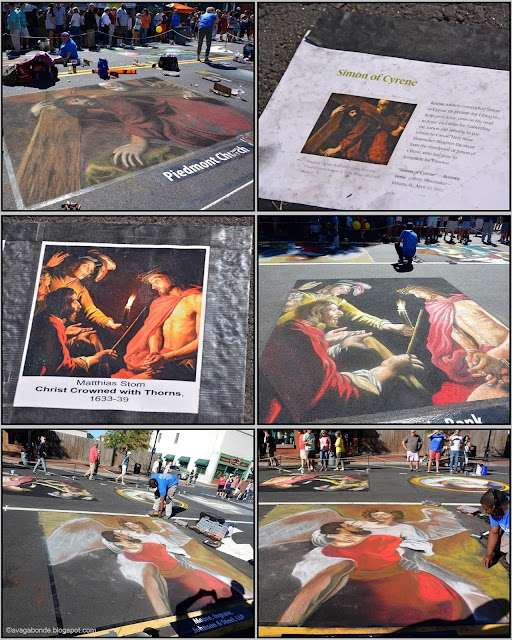 Anat Ronen, a fabulous artist, came back this year.  She used boards instead of the asphalt for her drawings. 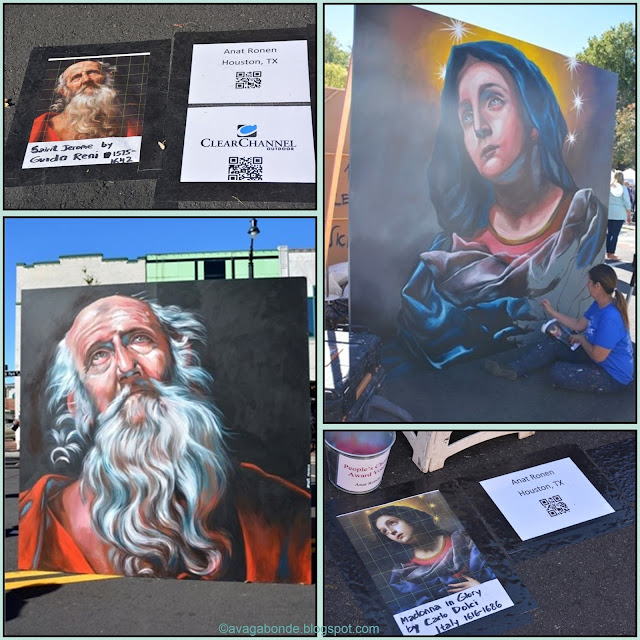 Some of the chalk drawings were reproductions of well-known 16th century artists such as Botticelli (top drawing) and Johannes Vermeer, drawn by Jessi Queen from Atlanta, GA. 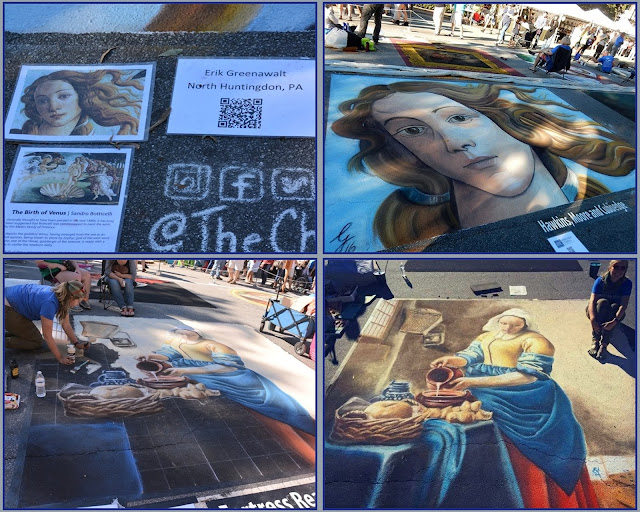 Leonardo da Vinci's Mona Lisa appeared on the street, as well.  Below is Alexandra Alfeo's Mona Lisa.  Alexandra is from West Palm Beach, Florida.  She has been chalking for a year and a half and is 17 years old, currently in high school.  (There is a distortion when taking chalk drawing photos close to the ground.) 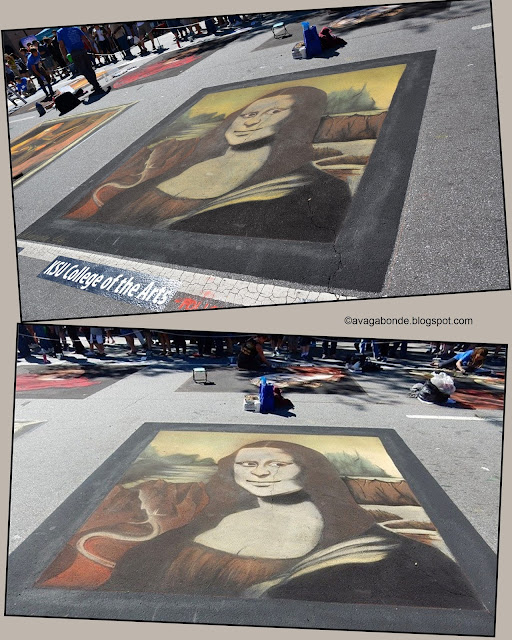 The chalk artists had chosen a variety of subjects from the Old Masters - such as sculpture, animals, flowers, battles, etc. 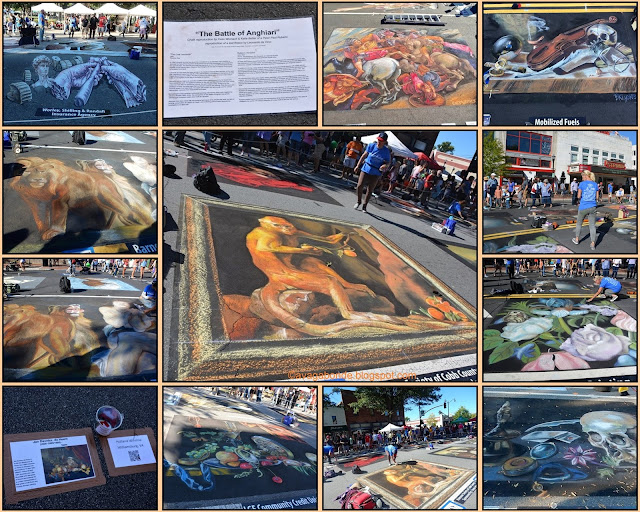 Food trucks and artisans' tents were set up along the chalk colored streets. 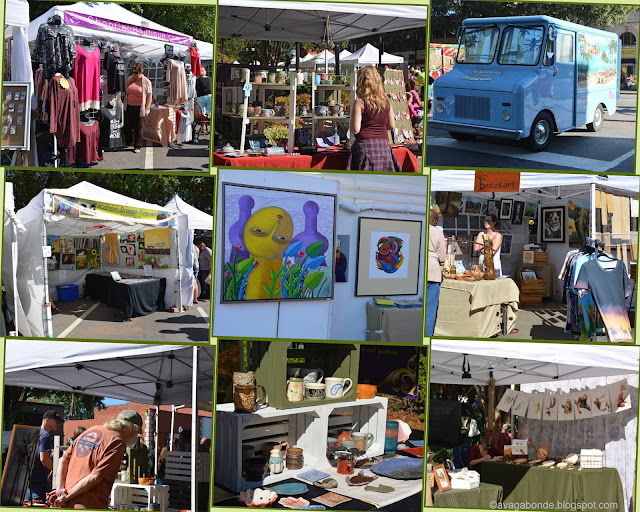 Ian Hugh Morris came from Victoria, British Columbia, Canada to participate in the festival this year.  He has been working as a chalk artist in Victoria for 12 years.  Ian's specializes in Renaissance masters.  Look at his beautiful work in progress below. 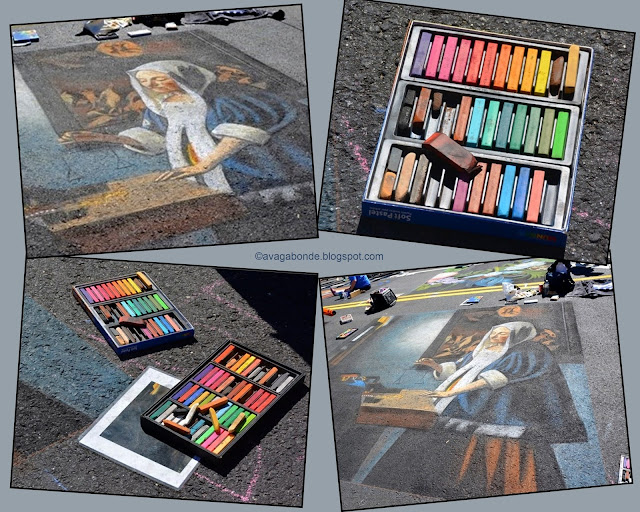 It was a warm and very sunny day.  Taking pictures with the crowd surrounding the chalk drawings was not easy and in addition, there were also some heavy shadows.  Below, Cheryl and Wayne Renshaw of Santa Clara, California entered a 3-D drawing and Joan Finn of Kansas City, Missouri, drew a portrait of Marguerite de Polon. 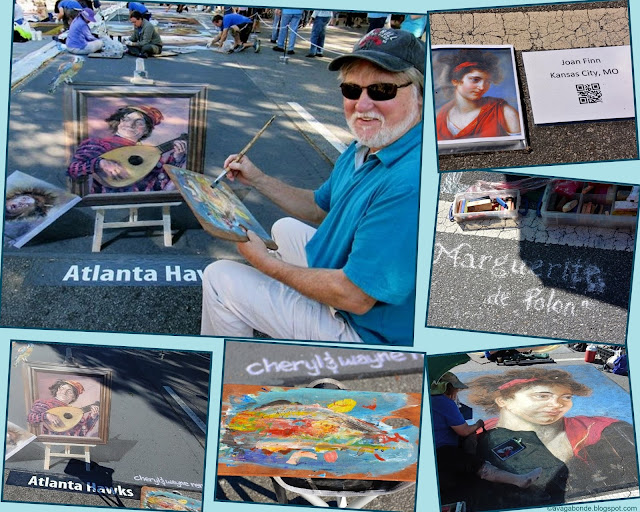 Lury Norris has been working in art in the San Francisco bay area for many years and chalk street painting throughout the state of California for the last 8 years.  See her chalk art below. 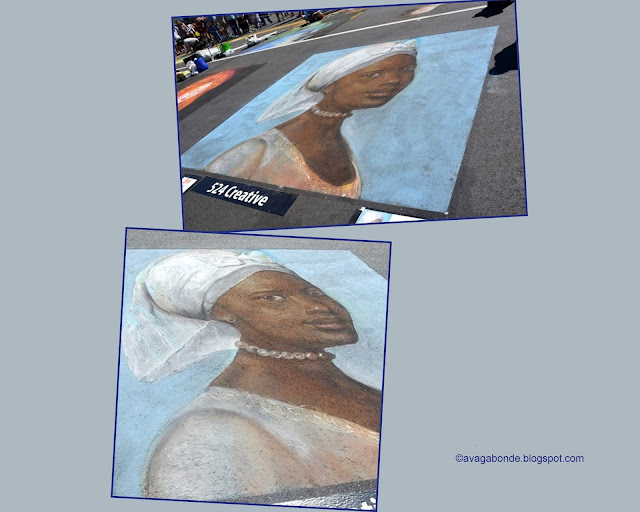 Another California artist who has been one of my favorites in the last several chalk festivals in Marietta is the very talented Joel Yau of San Rafael, CA.  He is very skilled and has an outgoing personality - he enjoys talking with the public about his art.  He has won many accolades and awards in the United States as well as Canada, France, Germany, Hong Kong, Mexico and the Netherlands.  This year Joel's chalk painting was Portrait of a Young Man by Peter Paul Rubens, Flemish 1577-1640. 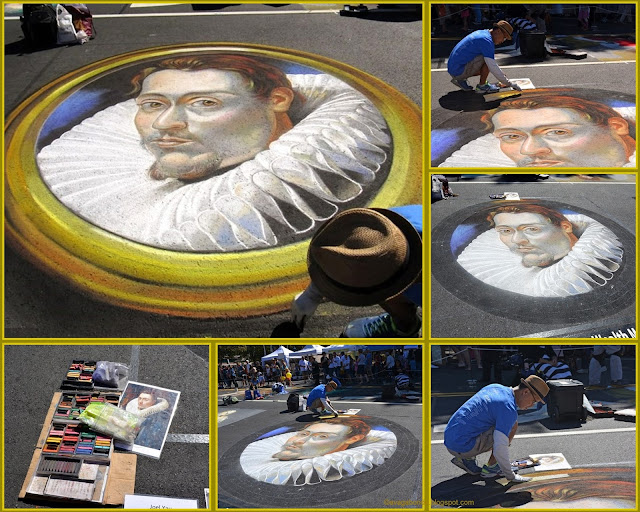 We spent the whole afternoon enjoying the great festival atmosphere and the magnificent work of all the gifted artists.  There will be more drawings to see in part 2 of my post.  More to come ... 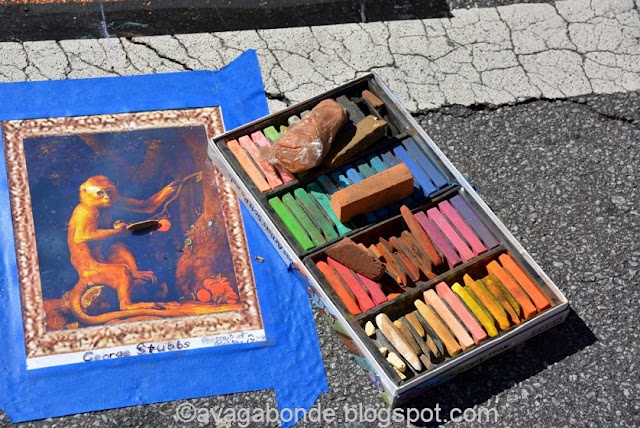