Liberty Hall and the A. H. Stevens State Historic Park 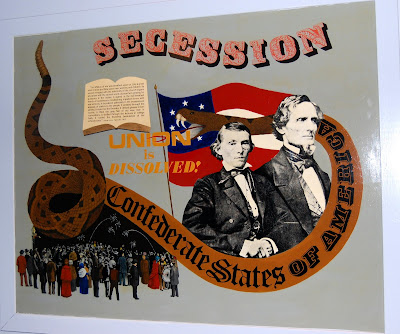 Pursuing our travels of local discovery, our next trip took us about 100 miles east of Atlanta to Crawfordville , Georgia to visit Liberty Hall, the house where Alexander Hamilton Stevens lived. Liberty Hall was renovated to its 1875 style and is now part of the A. H. Stevens State Historic Park . We live in an area where Civil War battles were fought and many sites are associated with this time in our history. Even on the street where we live, there was a battle, and the previous owners of our house told us that a Confederate belt buckle was found when they were excavating to build the house.

Here are two views of Liberty Hall, front and back - please click on pictures to enlarge them. 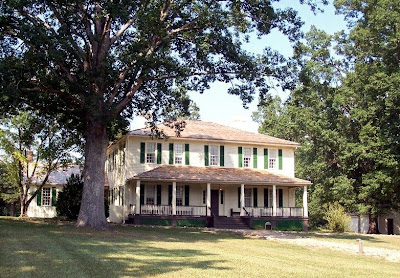 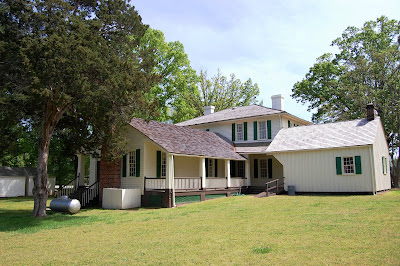 Alexander Stevens was born on 11 February 1812 and passed away on 4 March 1883 while serving as the Governor of Georgia. He was a lawyer, known for successfully defending the wrongly accused. He was also a state politician who tried to delay Secession, but when the act was passed, he gave his support to the Confederacy and was elected its Vice President. Alexander Stevens was a very intelligent and generous person, so generous that when he died he was almost penniless as he gave much of his fortune away. We toured his house, Liberty Hall, which is a National Historic Landmark. Liberty Hall is fully furnished, with a separate kitchen, and other out buildings.


Here are pictures of the interior of Liberty Hall - 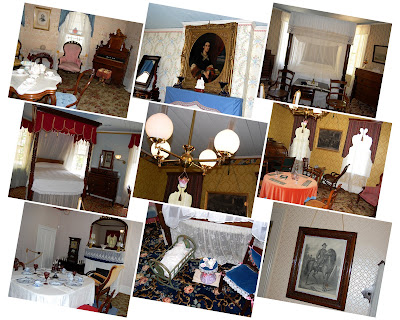 Below are pictures of the library, the kitchen, and the washroom. 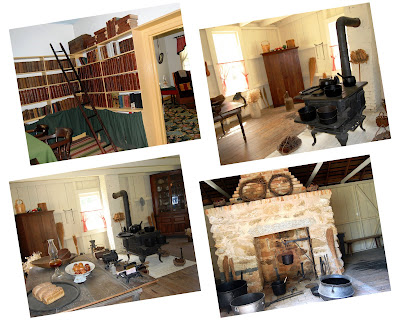 A. H. Stevens, as rich men of that time in Georgia , had slaves, but his views on slavery were questioned because he treated his slaves fairly. He never had them physically punished nor jailed and never separated families. He paid for the education of over 100 students, male and female, black and white. Actually none of his slaves ran away. After the war was over, the two slaves who lived in the slave cabin pictured below chose not to leave and Stevens sent their son to college and law school in the North. 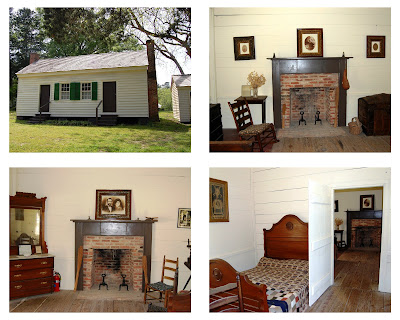 Near the house is a Confederate museum with one of the finest collections of Civil Wars artifacts including uniforms and documents. 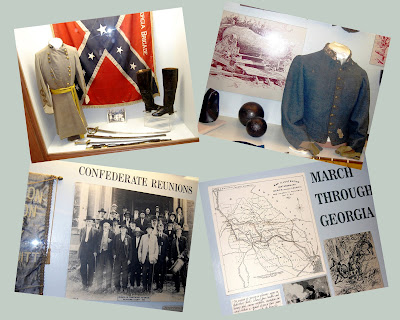 The park around the house has about 1,177 acres, 2 fishing lakes, 12 miles of nature trails, cottages in addition to picnic and camping facilities. When we visited the park, it was a beautiful day with all the azaleas in bloom. 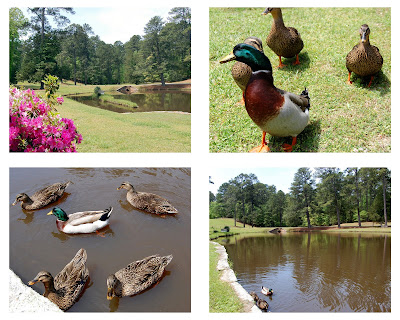 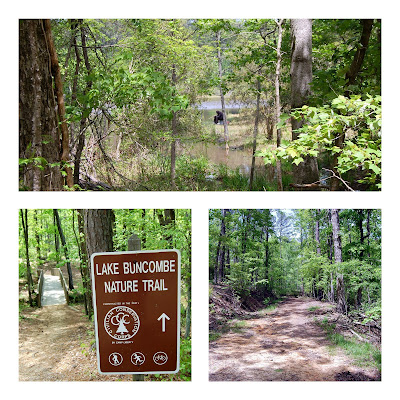 I can't begin to tell you how much I enjoyed this post. The pictures are a work of art and the commentary brings back an era in our history that is so often ignored.

It was a time of elegance (for he wealthy) and a slow pace that many long for today.

Thank you for one of the best blogs I have ever read. I would love to save it.

This looks like a wonderful spot to visit. You've put together a very informative post. When we travel we always search out old houses that have been restored and are open to viewing. It is so interesting to get a glimpse into the way people lived in the past.

I've never heard of Alesxander Stevens; perhaps he should be better known, as he seems to have been one of the "good guys".
What an interesting pastime you are pursuing. Happy hunting.

Great photos and descriptions. You know how to travel, with purpose!

Thank you for the lovely response to my last post. I am very much looking forward to seeing a collection of the 1500 pictures you took. Get some rest, see you on here soon!

Beautiful photos! I loved reading this -- you have a very interesting blog.

I nice trip thru history. It needs to be preserved, even if it doesn't agree with everyone's beliefs. It is where we came from and how we got here. How can we learn from our mistakes and accomplishments...if we don't know what they are.

As the person in charge of Liberty Hall's restoration and recreated interiors - all based on documentation - for the GA DNR nearly twenty years ago, I was gratifed that you enjoyed your visit, took such fine photographs, and made so many positive comments! FYI the restoration won a state-wide award. Your reaction was, and is, what the intended efforts hopefully offered.

My Husband & I have been to AH Stevens Park a few times. I love the AH Stevens Home and the museum. The history is awesome! If you have a chance go there! You want be disappointed. You don't have to camp. The AH Stevens home is before the Park. The Park is nice tho.

Does anyone have information about "Harry" the Personal Servant of Alexander Stephens who went to Prison with him of his own free will, and kept Mr. Alex alive during thier incarseration after the War. Upon returning with Mr. Alex he Married the House Servant and was given a House and Dowery by Alexander H. Stevens. Told to me by Alexanders Great great niece in Stockbridge Georgia. Anyone you might know to help me? Bill