Trails along the Chattahoochee River 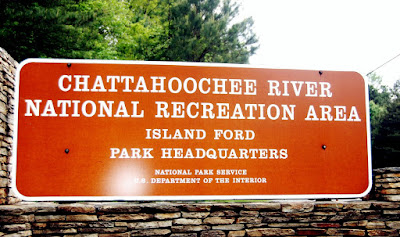 On a sunny afternoon we decided to go to Roswell , Georgia (about 20 miles away) and walk the trails of the Chattahoochee River National Recreation Area (CRNRA). (Click on the photos to enlarge them,) 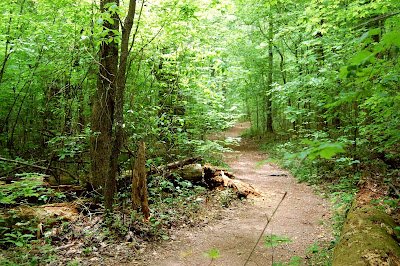 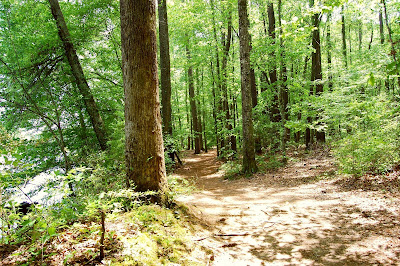 This area consists of a 48-mile stretch of the Chattahoochee River and a series of 14 parklands along its corridor. The land unit near Roswell is called “Island Ford”. It includes the Ranger Station, a bookstore, picnic pavilion, canoe ramp, fishing area and several trails. There are many trails to be walked on the various parklands of the CRNRA and we are planning to explore several of them in the future. 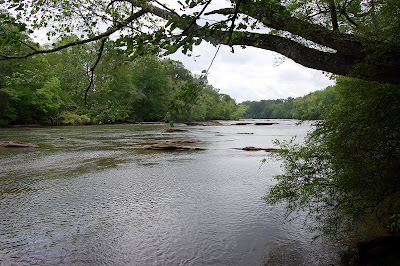 The Chattahoochee River begins in the Blue Ridge Mountains of north Georgia and flows 400 miles to the Gulf of Mexico, having run near the Alabama border. Upon reaching the Florida state line it is joined by the Flint River and together they form the Apalachicola River. 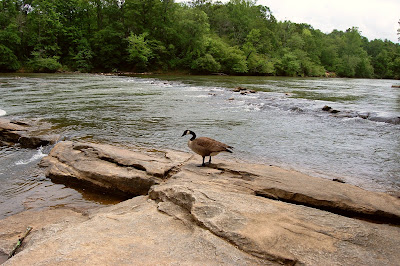 The Creek and the Cherokee Indians made their homes along the Chattahoochee River for thousands of years. The native populations relied on the river for their trade and communications. It was a main transportation artery. The Creeks gradually ceded their lands, by treaty, to white settlers. The Cherokees were forced out of their lands in the early 19th century. The Creeks named the river Chattahoochee which means colored or painted rock. 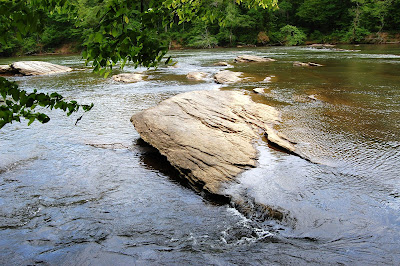 The river attracts anglers, rafters, and people wishing to relax and enjoy the serene surroundings. The river can be paddled year round if you own a watercraft, and in the summer canoes and rafts can be rented. 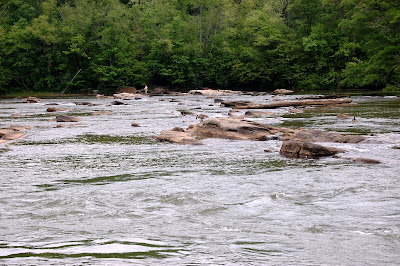 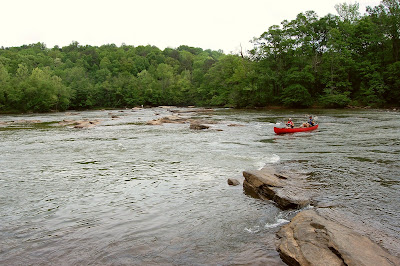 During the week though few people stroll along its banks and we could hear the call of a flock of Canada Geese quite well. The Canada Geese stay all year long on the Chattahoochee River. 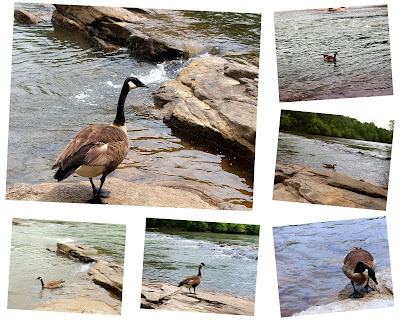 By and by we saw many wild flowers. Unfortunately I do not know their names. 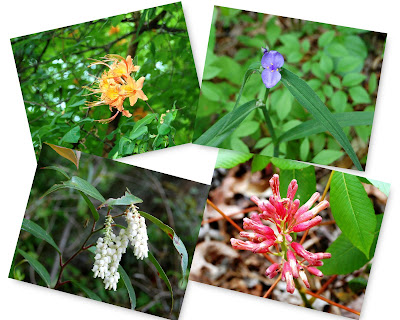 Walking our solitary hike along the river banks, we were not quite alone – here is a turtle and a family of ducks – 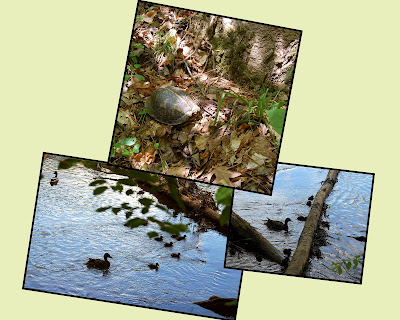 My husband Jim made a walking staff for me so I would not slip on the rocks. 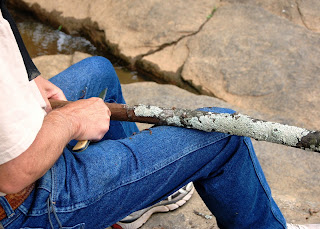 Most rivers, over time, change their course, but the Chattahoochee is a very stable river and has kept its ancient route to the sea. This is because it flows along the Brevard Fault Zone. 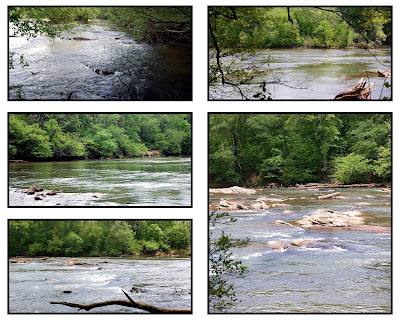 The Chattahoochee River forms a major lake, Lake Lanier , which provides drinking water to millions of Georgians. It is named after the famous Georgia poet Sydney Lanier (1842-1881).
Isn’t it romantic to name a large lake after a poet? In 1877 Sydney Lanier wrote the classic lyrical poem “The Song of the Chattahoochee .” This is a poem described as a “musical poem” whose words sound like the flowing of the river it is describing. Here is the first of its five stanzas:
Out of the hills of Habersham,
Down the valleys of Hall,
I hurry amain to reach the plain,
Run the rapid and leap the fall,
Split at the rock and together again,
Accept my bed, or narrow or wide,
And flee from folly on every side
With a lover's pain to attain the plain
Far from the hills of Habersham,
Far from the valleys of Hall. 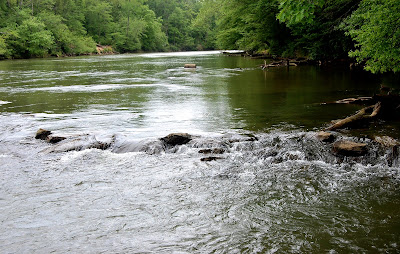 Many years ago when I lived in Albany, Georgia, I visited the area, but I was so young (in my teens) that I don't remember it. So thank you for showing so well what I should have seen then. Fortunately for me, I can travel back in time and rememeber it anew. A wonderful journey!

What a wonderful way to spend the day. The trails look very inviting and the Chattahoochee looks like a beautiful river. Your photos are gorgeous and make me want to be there!

How do you sing the poem? I remember it from grade school.
-Jessica

I would like to canoe on that river. Thank you for the history too.

I'm glad you came by synch-ro-ni-zing and left a comment introducing yourself. This is a very nice place you have here.

Thank you all for your nice comments. There are more parklands with trails along the Chattahoochee and we shall walk them – when it is not so warm, so expect more posts on this river. Jessica, I did not know that the Lanier’s poem had been made into a song for school children.